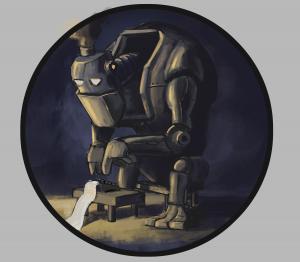 How does a hobbyist blog for court reporters uncover corruption? By caring about people.

I used to look at the world and think someone should do something. Then I realized we’re all that someone.”
— Christopher Day

STATEN ISLAND, NEW YORK, UNITED STATES, September 23, 2021 /EINPresswire.com/ — STENOGRAPHER SHORTAGE. Those are the words that have echoed throughout my industry for the last eight years. On one side of the industry, we use them as a rallying cry to bring more people into this viable and vibrant profession through initiatives like National Court Reporters Association A to Z, Project Steno, and Open Steno. On the other side of the industry are opportunists using the shortage as an excuse to demoralize and do away with the working stenographer and build digital reporting businesses.

For those that don’t know, we stenographers primarily take down verbatim notes and create legal records for courtrooms and in depositions. We also provide captioning services. For over a decade I have been a friend and mentor to my fellow reporters. Every struggle I had, I spent time and energy breaking it down into simple terms and distributing information so that others wouldn’t suffer the way I did. I was also able to publish historic rate data that proved stenographers were making less than 30 years ago, adjusted for inflation. It was through this urge to help that I stumbled into an unprecedented fraud being committed against my industry and its customers.

I’ve now published evidence that a major court reporting firm in my field was not utilizing a national directory of stenographers to recruit people while publicly claiming that it was attempting to recruit stenographers. Based on further information from a nonprofit in my field, I learned that the consumers of our industry, attorneys, were also being told that no stenographer was available.

Beyond that, I was able to uncover a digital reporting proponent firm’s reckless publication of private family court audio on the internet. I was able to outline the horrendous quality concerns brought by digital reporting, where the company spelled the word “point” with a zero and had numerous mistakes in its template transcription. Thanks to my investigation, that audio was taken down.

The average onlooker might believe that automatic speech recognition is destined to take over our jobs regardless. That’s simply not true. The Racial Disparities In Automatic Speech Recognition study of 2020 showed 80% accuracy for white speakers, 65% accuracy for black speakers, and 25 to 50% accuracy dependent on the dialect density of the speaker.

The average onlooker might suggest that it does not matter who transcribes the legal record. That’s simply not true. The Testifying While Black study of 2019 and its pilot studies showed that stenographic court reporters understood African American Vernacular English at a rate twice as good as laypeople and 1.5x as good as lawyers. Succinctly, if people truly care about equality, stenography is the way to go.

This attack on the consumer choice of attorneys and the rights of their clients is unforgivable. It relies on the silence of stenographers, the ignorance of consumers, and the complicity of news media. Stenographers will not stand silent while the record we have guarded for the last century is under attack. A $5,000 consumer awareness campaign has been launched and is ongoing. We stand ready to to educate our consumers and help media outlets navigate our field so that this important message is not lost to time. In the last week, nearly 100,000 people have been reached. Our awareness campaign is set to continue until at least November 9, 2021.

Stenonymous stands as an icon for the power of the individual. Here we were, a field of about 3,000 men and 24,000 women, trained to be silent observers to history, being told how to think and what our future would be. Now we are speaking and we have one message: We will not allow attorneys, digital reporters, and investors to be exploited and systematically abused the way that we have been. We will not allow our young reporters to have their lifelong careers gutted on the orders of people that have absolutely no respect for the work that we do. We will not go quietly while people’s lives and livelihoods are at stake. We have one question: Knowing that up to 75% of the words could be missing, does anyone want Siri transcribing their next trial?