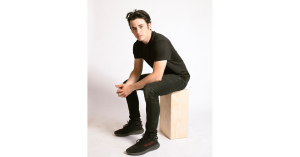 22-year old entrepreneur Kyle Godfrey is offering mentorship to other Gen-Zs hopeful to experience a breakthrough like he has.

Many people in high school and in life would advise me against doing YouTube. They later saw the success and then ended up asking me if they could join Prime Capitol.”
— Kyle Godfrey

LOS ANGELES, CALIFORNIA, UNITED STATES, February 18, 2021 /EINPresswire.com/ — While many people in their late twenties or even early thirties are just barely figuring it out, 22-year old entrepreneur Kyle Godfrey is offering mentorship to other Gen-Zs hopeful to experience a breakthrough like he has.

Born in Toronto with humble roots, he never expected that by his early twenties he’d be residing in a multimillion dollar mansion in Los Angeles helping other young people build their own empires, from scratch, just like he had.

It all started with YouTube. Although Godfrey was not certain as to the content to put out, he learned by trial and error, and quickly grew a large and lucrative subscriber base. Even as teachers, employers (including at a small grocery store), and even others in his circle doubted his success, saying he’d never become a “real” YouTube, he remained persistent.

“I used all my part time job money and instead of buying stupid things, I bought camera equipment. Month by month the views rose and the money multiplied. After three years of doing YouTube full time.”

Godfrey was also bullied for his lisp, a feature he thought would hold him back but later learned was just another unique attribute.

“I used to audition for film and television but would get rejected over having a lisp that I later had to learn to fix by watching videos on YouTube about where to place my tongue when pronouncing the ‘S’ sound.”

That persistence paid off.

Today, Godfrey owns and operates social media incubator Prime Capitol, which serves as a catalyst for the social media curious to become social media famous– and be on track to earn multiple six figures and beyond, just as he has.

“Many people in high school and in life would advise me against doing YouTube. They later saw the success and then ended up asking me if they could join Prime Capitol,” added Godfrey.

The incubator is much like other incubators that have been the launchpad for social media influencers’ success, but, with a mission to enable influencers who may not otherwise have the support or access to grow, to scale up quickly.

“Currently over 12+ people are signed to Prime Capitol and all of them have gone from $0 earnings on YouTube to now seeing minimum 5 figures a month.”

When asked if he ever returns to Canada, the answer is yes, and to a $2 million dollar property he was able to secure after the fast growth of his YouTube channel, Stromedy.

For more information on Prime Capitol visit their website here and on Kyle Godfrey his Instagram here.

About Kyle Godfrey: At only twenty two years old, Toronto-born Kyle Godfrey has established himself not just as a YouTuber to watch, but a strategic businessman with a unique pulse on influencer marketing trends. His business, Prime Capitol, is a social media incubator supporting the growth of over ten influencers’ careers and has since generated over five figures of revenue, each. Prime Capitol is operated out of a multimillion dollar property in Los Angeles, CA which is where Godfrey now calls his home.

Women’s International Day with one of a kind coffee company