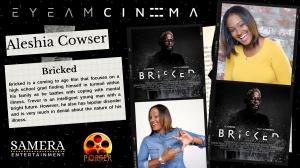 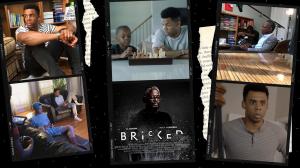 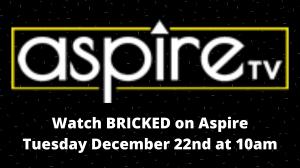 Samera Entertainment gives you an inside look at this thought provoking mental health drama from Porter Pictures.

LOS ANGELES, CALIFORNIA, USA, December 17, 2020 /EINPresswire.com/ — Mental illness has had a stigma associated with it all throughout human history. It wasn’t until the latter half of the 20th century that enlightened minds came to understand the truth behind mental illness, and how to remedy it. However, there is still much to learn about what this affliction is and what can be done to treat it.

In Bricked, Trevor is very much in denial about the nature of his illness, but when a violent outburst complicates things, Dr. Weldon invites Trevor to stay in his home with his wife Cynthia (Tasia Grant) and young son Alton (Trayce Malachi) while he undergoes therapy.

In the spirit of classics such as Ordinary People and Good Will Hunting, Bricked is an unflinching character study of a tortured soul and the people in his life that can guide him through his ruinous condition. As Trevor copes with his inner demons, he’ll discover an old family secret that may hold the key to determining whether Trevor conquers his illness, or if his illness conquers him.

Bricked was written and directed by Aleshia Cowser, who made the film to help the millions of people who also suffer from clinical disorders like Bricked’s protagonist.

“Working with Aleshia has been such a treat! Her passion for filmmaking and how she held the audience’s interest with the subject matter at hand made me know I was looking at one of the most talented emerging voices in cinema right now.”

Those that are interested in experiencing this important motion picture event will have their chance this holiday season when Bricked airs on Magic Johnson’s AspireTV network.

Sharry Flaherty of Samera Entertainment is proud to help bring this emotionally charged drama to a wide audience in the hopes of both raising awareness and paving the way for change.

About Porter Pictures
Porter Pictures was founded in September of 2012 by veteran Producer and film sales agent Jeff Porter, after his many years of experience in indie film sales and cable syndication. Porter Pictures is also one of the only African-American headed sales agencies in Hollywood, with a roster of films not only from the US and Canada, but from the best in indie world cinema. Jeff has worked on over 100 features, documentaries, and TV formats, with stars like Mark Wahlberg, Jon Favreau, Lynn Whitfield, Keith David, Angela Bassett, and has placed numerous films with networks and companies such as Discovery, HBO, Gravitas, RLJ, Netflix, BET and more. Jeff has been sought out as an industry expert and speaker by numerous film festivals and professional organizations across the globe.