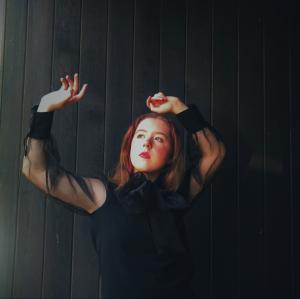 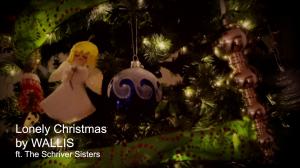 The First Single by Rising New Talent Charms the Nation

Loneliness is a universal feeling, regardless of if you’re surrounded by people or are literally alone. Though everything may feel so permanent right now, this song is a message of hope.”
— WALLIS

PHILADELPHIA, PA, USA, December 22, 2020 /EINPresswire.com/ — “Lonely Christmas,” the first single released by previously unknown 15-year-old artist WALLIS, has gone viral and been viewed over 1,000,000 times on YouTube in just 18 days. After receiving more than 15,000 upvotes on Reddit and being shared by Ellen DeGeneres across all her social channels, “Lonely Christmas” has become a worldwide hit for the young singer/songwriter.

While particularly poignant for a holiday season where many cannot gather with loved ones, “Lonely Christmas” has all the elements of a new Christmas classic.

“I am still in awe. When we released it, I was expecting to have a few family and friends tune in, but we never expected this incredible reaction,” exclaims WALLIS. “Loneliness is a universal feeling, regardless of if you’re surrounded by people or are literally alone. Though everything may feel so permanent right now, this song is a message of hope. Like I sing in the song, ‘It’s alright, we’re just stuck at a red light.’”

WALLIS’s extraordinarily soulful and technically sound vocals belie her young age. She is joined on the track by her equally talented sisters, Maren (13) and Soleil (10), who sing harmonies. WALLIS and her father, Gene Schriver, completed the song in two weeks at their home studio, and the music video was filmed in one day by her father on an iPhone 11XR at her home, neighborhood, and grandparents’ house. A family friend who works as a film editor put the footage together, and “Lonely Christmas” officially was born. The video was shared from YouTube on Reddit’s r/Music subreddit, where it became an immediate success – even becoming the top post on Reddit’s What’s Hot page!

WALLIS is available for interviews.

About WALLIS: WALLIS has been dazzling audiences with her musical skills since she was a young child. Raised in Philadelphia, she got her first taste of performing arts at the tender age of two when her parents took her to see “Peter Pan” the musical. Mesmerized by the performance, WALLIS immediately declared that performing was what she wanted to do with her life. A songwriter by the age of 9, WALLIS became a paid performer singing in local theatres, cabarets, and at 12 years old, was cast in a musical at the famed Walnut Street Theatre in Philadelphia. WALLIS decided to study her craft full time and is now a sophomore at a performing arts charter school.