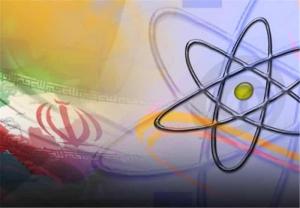 When the agreement was in full force, there was never a clear and reliable picture of the state of the Iranian regime’s nuclear program at any given time.

PARIS, FRANCE, June 3, 2021 /EINPresswire.com/ — The National Council of Resistance of Iran (NCRI), and the People’s Mujahedin of Iran (PMOI/MEK), reported that on Monday, the International Atomic Energy Agency released its latest report on the Iranian regime’s nuclear activities, against the backdrop of ongoing talks in Vienna aimed at reviving the 2015 agreement between the Iranian regime and six world powers, known formally as the Joint Comprehensive Plan of Action.

Several days before that release, IAEA Director General Rafael Grossi cast doubt upon the prospects for that goal, telling reporters for instance that “it is not possible” for the deal to be revived in its original form now that “Iran has accumulated knowledge, has accumulated centrifuges and has accumulated material.”

Monday’s report clarified that there is limited knowledge about the extent of that accumulation. Some limitations were expected in light of Tehran’s efforts to downgrade its cooperation with the IAEA during the period when the Iran regime’s officials have been trying to pressure the US into rejoining the agreement.

But so far as anyone outside the IAEA knew before Monday, recent obstacles to nuclear inspectors’ work have mainly consisted of their lack of access to video monitoring of Iranian sites. As it turns out, though, the Iranian regime is actually withholding a wealth of data recorded by other devices at those same sites.

As a result of this obstruction, the latest IAEA report is the first since the deal was implemented, providing only estimates, not real measurements, of the amount of enriched uranium Iran currently has in its stockpile. However, the report and Grossi’s earlier comments also reinforce the perception – shared by many critics of the JCPOA – that even when the agreement was in full force, there was never a clear and reliable picture of the state of the Iranian regime’s nuclear program at any given time.

That problem has been compounded by the Iranian regime’s systematic violations of JCPOA provisions in the more than two years since the US re-imposed sanctions. But the problem originates with the deal itself, under its weak enforcement mechanisms, its neglect of related issues like the Iranian regime’s ballistic missile development, and its role in reinforcing Western policies of conciliation and appeasement.

That conciliation was evident in the decision by American and European nuclear negotiators to drop the issue of Iran’s unexplained prior work, thereby leaving in place massive gaps in knowledge regarding the “past nuclear dimensions” of the regime’s nuclear program. It wasn’t long after the JCPOA’s implementation when the consequences of this decision began to become apparent.

In 2016, the IAEA highlighted suspicions regarding likely nuclear work at the Parchin military base and began pushing for “complementary access” to the site. But since the nuclear deal imposed no immediate obligation upon the Iranian regime in this regard, authorities were able to keep nuclear inspectors away for months while sanitizing the site, hiding probable evidence of progress toward nuclear weapons capability, and likely shifting the operations elsewhere.

When access to Parchin was finally granted, the IAEA confirmed the presence of residual nuclear material but received no satisfactory answers from Iranian authorities regarding the origin or purpose of that material. Since then, at least two other sites have come under similar suspicions, and both were made subject to a similar process of requests, obstructions, and cover-ups, eventually culminating in the confirmation that nuclear material had been present, though detailed information about it remained elusive.

In his remarks preceding the release of the latest IAEA report, Rafael Grossi offered plain criticism of Iran’s behavior regarding each of these sites and nuclear transparency in general. “They know they have to provide explanations,” he said. “We are asking them to come clean with all these things because it can only help them.”

But the prospect appears dim for Tehran following this advice in the absence of clear and unified European backing for Grossi’s position. So far, this has been absent as European negotiators have remained narrowly focused on doing whatever it takes to restore Iran’s initial levels of compliance with the JCPOA. It remains to be seen whether their commitments will persist in the wake of Monday’s revelations about the sheer extent to which Tehran has obstructed monitoring throughout the process, especially during the past three months.

Unfortunately, though, prospects for a change of European policy appear dim as well. Although Grossi is a decidedly surprising and authoritative source of criticism for Tehran’s posture and the European Union’s goals, the EU has arguably overlooked even more striking revelations during the time the JCPOA has been on life support, including revelations that stem from Iranian officials’ own remarks.

In February, Iranian regime Intelligence Minister Mahmoud Alavi expressed Iran’s negotiating position in terms that were very close to an open admission of Tehran’s nuclear weapons aspirations. Citing a religious edict from the regime’s supreme leader, which supposedly declares that nuclear weapons are taboo according to Islam, Alavi said, “The fatwa forbids the production of nuclear weapons, but if they push Iran in those directions, it is not Iran’s fault. Those who pushed Iran in that direction will be to blame.”

In other words, Alavi used his remarks to Iranian regime state media in order to justify the regime’s violation of its own declared principles by simply re-framing that violation as retaliation against supposed offenses by Western adversaries.

In another revelation by the regime’s officials in January 2019, the head of the Atomic Energy Organization of Iran told a state media outlet that the core of a heavy water facility in Arak had never actually been deactivated as required by the JCPOA.
Instead, cement was poured into an identical set of tubes and the IAEA was provided with altered photographs of the core. In November of the same year, the AEOI head, Ali Akbar Salehi, said in another state media interview that the regime had put “countermeasures” in place to avoid being “trapped” by long-term compliance with limits on uranium enrichment.

It is difficult to imagine any Western policymaker hearing this threat and revelations and then arguing in favor of concessions for the Iranian regime without also endorsing a strategy of appeasement. It is also difficult to imagine Iranian negotiators witnessing the discussion of just such concessions in Vienna and then coming away from experience with anything other than an amplified sense of impunity.

That impunity goes a long way toward explaining why the Iranian regime’s position in those talks has not changed – it still expects the US to remove all re-imposed and newly-imposed sanctions at once before Iran takes any steps to reverse the advancements it has made since 2019, which include enrichment of at least 2.4 kg of uranium to 60 percent fissile purity and the production of a similar quantity of uranium metal, a key component in the core of a nuclear weapon.

Impunity also helps explain why Tehran felt comfortable pairing its intransigent negotiating position with a level of international non-cooperation even greater than anticipated when authorities first announced they would be reducing their engagement with the IAEA. Now that the extent of its non-cooperation has been revealed in the latest IAEA report, it should be more difficult than ever for European negotiators to support a conciliatory posture in Vienna or to take the Iranian regime seriously when it claims to be sincerely interested in an agreement that is acceptable to all parties.

In reality, Tehran never wanted that outcome, and it was never forced to settle for it. By disregarding unresolved questions about past nuclear work and allowing the regime to limit inspectors’ access to the country, Western policymakers unwittingly created an agreement that was uniquely beneficial to the Iranian regime and its project of clandestine nuclear advancements.

Now that even the IAEA’s director-general is saying that that agreement is no longer tenable, it is surely time for European negotiators to re-consider their goals in the Vienna talks and to seriously consider changing course and pressuring Iran to accept something more comprehensive and demanding.