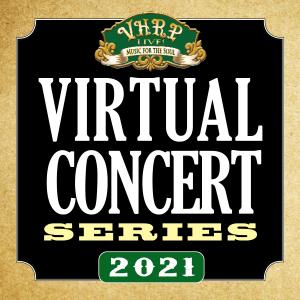 NEW YORK, NEW YORK, UNITED STATES, December 16, 2020 /EINPresswire.com/ — VHRP LIVE! Virtual Concert Series 2021 begins January 17th. The company is presenting archival footage of their historic NYC performances from past seven seasons. Music lovers from all over the world can experience these concerts from VHRP LIVE!’s video treasury, in the comfort of their own homes. Fall in love with the music of Victor Herbert, early Broadway composer. Laugh at the antics of the zany characters and what they will do for love.

The VHRP LIVE! Virtual Concert Series is the result of the organization’s effort to pivot with the changing world of theater and find new ways to keep the music of Victor Herbert flowing. This series will support company members who have been out of work since March of 2020.

Music by Victor Herbert
Artistic Director, Alyce Mott
Music Director, Michael Thomas
Shows run January through June, Sunday through Sunday, third week of each month
$10 Tickets on sale now. Visit our box office and reserve your link.
All proceeds from the sale of tickets support the cast of each production who have been out of work since the start of the pandemic.

“with 26 songs in all …completely rethought for the virtual world, and the result is both a visual and aural delight.”
—Forbes on Film and Footlights, on Heart O’ Mine

The Victor Herbert Renaissance Project LIVE! is the world’s only company exclusively devoted to Victor Herbert, the Irish-American conductor and musician, and “Crown Prince” of early Broadway who contributed powerfully to the emergence of an authentically 20th century American sound. Herbert did so lavishly, producing 43 operettas, 2 operas, and innumerable compositions for orchestra, band, cello, violin and piano. Founded in 2014 by the company’s Artistic Director Alyce Mott, a leading Herbert historian and librettist, and Music Director Michael Thomas, VHRP LIVE! is a registered 501(c)(3) corporation, and is supported by generous funding from The Victor Herbert Foundation. For more information, please visit www.vhrplive.org