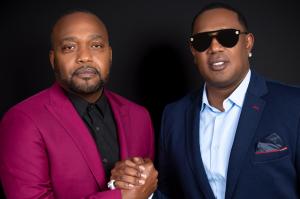 We have created an avenue for the culture to learn more about banking and the importance of knowing your money. ”
— Percy Master P Miller

MIAMI, FLORIDA, USA, February 23, 2021 /EINPresswire.com/ — BossUp Bank is designed to help the more than 63 million Americans who are typically refused bank accounts by traditional lenders and offer these individuals an improved banking experience. Seeing a market opportunity to uplift a nation afflicted by a myriad of economic hits, including COVID-19 and related shutdowns, rising unemployment levels, and shifts in the job market due to automation and offshoring, BossUp Bank was created.

Much of the underbanked community tends to be distrustful of banks and the fees that are charged to maintain their accounts. These individuals resort to alternative financial services such as check-cashing services, money orders, pawnshop loans, payday lenders, and pre-paid cards, for example. However, they aren’t aware that such lenders’ service fees are usually much higher than fees associated with banks when used over time. Most importantly, these services do not help to build credit. BossUp Bank plans to change all that.

“There is a large part of the population who only deals with cash because they can’t get a bank account,” says Miller. “What are they supposed to do? They may have lost their jobs in the pandemic, which resulted in bad credit or they are considered uncreditworthy. To conduct business in your everyday life, you need a bank. BossUp Bank believes in second chances and we’re ready to help. We not only want to be a trustworthy banking partner, but we want to help them build their credit scores. We’re leveling the playing field.”
Says Lindsay, “Our model is based upon improving trust within the underbanked community. One way of doing that is by creating opportunities for growth within our bank. Because of Rap Snacks, we already have an established distribution network to retail stores in over 70 cities. We will employ an ATM Franchise Network so that small business owners can earn money and become more profitable with us by installing BossUp ATMs in their establishments. And to make it easier for customers to make cash deposits, they can do it through cash registers as well.”

Efforts are now underway to identify banking partners across the US. Individuals can sign up now at www.bossupbank.com to subscribe to the service which will launch in the second quarter 2021.
Miller concludes, “We have created an avenue for the culture to learn more about banking and the importance of knowing your money. If you are interested in building and understanding your finances, we encourage all to go to our website and sign up.”

About
BOSSUP Banking—The BOSSUP team is reimaging banking to work for all—savings that matter. We are building a bank that puts more back in your pocket than our competitors. Our retail success will allow us to establish a robust ATM network you can trust; BOSS UP will provide second chance accounts. BOSS UP will be a banking service that will also lend information to help you build your credit and handle your finances.

James Lindsay—Founder and CEO of Rap Snacks. He created the brand to cater to the hip-hop culture. Rap Snacks are a variety of snacks that feature major recording artists. They started selling in convenience stores; currently, Rap Snacks are sold in major retail stores across America including Walmart, Kroger and brands alike. James Lindsay and Percy (Master P) Miller are partners in P&J Foods and Miller is a limited partner in Rap Snacks.