United We Can, UMD Logo 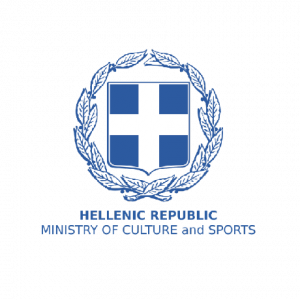 Greek Ministry of Culture and Sports

Greek Ministry of Culture and Sports granted an official registration to a Macedonian cultural-linguistic organization and three days later, retracted it.

The purpose of the Krste Misirkov organization is to advance the Macedonian language and culture in the northern Greece region and to advocate against the ongoing and forced Hellenization of the Macedonian minority there.

UMD considers that the backflip in the Greek Ministry’s decision has been unreasonably rationalized. As the Mayor of Aridea, Christos Batsis, states on his Facebook page: “there was a deception of the Ministry, and the decision must be annulled because an NPO that does not love the Nation or Greece must not be financed”. It is discriminating and unjust to form the view that merely because the Macedonian minority seeks to nurture its language and culture, it is for this reason not loyal to the Greek state.

The Greek Ministry’s initial approval and sudden retraction of the registration of the Krste Misirkov organization prevent the Macedonian minority from accessing their basic human rights. It shows that the Macedonian minority in Greece continues to be treated as second-class even though they are born in Greece and legally Greek citizens entitled to equal rights. UMD is appalled that the Greek Ministry has succumbed to local political pressure to end the organization’s registration, contrary to the expressed protection of minorities by the European Union and international law.

On March 31, 2021, UMD submitted a report to the United Nations, Eliminating Ethnic, Linguistic, and Religious Discrimination of the Macedonian Minority in Albania, Bulgaria, and Greece to ensure the successful implementation of UN Resolution A/RES/74/165, highlighting discrimination against the Macedonian minority in Greece and calling for government support to increase accessibility to the Macedonian language and culture.

The United Nations Resolution adopted by the General Assembly on December 18, 2019, Effective Promotion of the Declaration on the Rights of Persons Belonging to National or Ethnic, Religious, and Linguistic Minorities (A/RES/74/165) encourages that all countries work towards ending the discrimination of minorities.

UMD, therefore, urges the Greek Ministry to revisit its position and to rightfully reinstate the organization’s registration in accordance with international law and the fundamental rights of minorities.