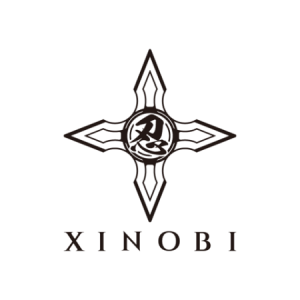 According to Asami Iwaisako, representative of MARCO, a company that manufactures TTRPG tables in Japan, the company collaborated with dice designer Shunsuke Wada to ultimately come up with the Xinobi Dice project.

The concept of the Xinobi Dice is rooted in the lives of ninja or “Xinobi” who led lives of valor clothed in secrecy and are known for their strength, agility, intelligence, and deep sense of justice.

With the Xinobi Dice, TTRPG players can make tough decisions using their special dice and throw shurikens (ninja throwing stars) to defeat their enemies. Each side of every metal die exemplifies different aspects of Japanese aesthetics. The die design is fabricated using the openwork technique — a style that was also used in making samurai and ninja swords — which imparts a unique dimension of beauty and intricacy to the end product. This technique is also crucial to the creation of dice that are light and easy to use.

The shuriken is designed using Japanese traditional auspicious icons used in traditional Japanese garb, including kimonos. Aside from the shuriken, other ninja accessories complete the set, namely two types of tokens (based on old Japanese coins) and the netsuke, an ancient Japanese accessory comprising a string threaded through a special six-sided die.

These Xinobi Dice represent the 35 new types of Xinobi or ninja unleashed into the world. The ninja accessories (i.e., shuriken, tokens, and netsuke) complete the world of the Xinobi brought to life on the tabletops of RPG players.

Each piece is handmade exclusively by Takaoka City craftsmen who have been practicing casting and metal processing techniques for the past 400 years using Takaoka copperware. This traditional craft involves intricate and time-consuming processes, such as mold-casting and coloring.

These traditional manual techniques ensure that every single Xinobi die produced is different — nothing at all like mass-produced dice. Every single die made from solid brass with fused aluminum inserts will have its own unique variation and coloration, even as the artisans painstakingly work to achieve a uniform copper or brass finish.

The Kickstarter crowdfunding campaign is scheduled to start on February 22, 2021 and end on March 24, 2021, with mass production set to begin in April 2021.

Interested backers can visit the official Xinobi Dice page on Kickstarter to get more detailed information.