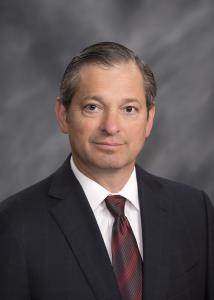 Most certainly 2021 will be much better for the neurologically injured women in the United States as there will be clarity regarding their legal situation…”
— Dr. Greg Vigna

1) The NICE recommendations from Great Britain have essentially halted the routine use of transobturator slings in favor of retropubic slings to reduce the risk of debilitating neuromuscular complications.

2) The FDA finally moved to ban pelvic organ prolapse (POP) polypropylene devices since the risk of these devices do not justify any benefit.

3) The law firms who represented nearly 110,000 mesh injured women in the Southern District of West Virginia Multidistrict Litigation (MDL) are nearly out of the litigation. Likely only a fraction of these firms ever intended to litigate their clients’ cases in the first place.

4) Newly injured neurological injury vaginal mesh cases are being filed across the country in state and federal courts, and physician implanters are being named as co-defendants for selecting a transobturator sling.

5) Women with neurological injuries whose cases were once filed in the MDL have now had their cases remanded from the MDL to federal courts across the country after a grueling wave discovery process. Some of the cases have been refiled in in federal courts after having been dismissed without prejudice after rejecting grossly inadequate tier settlement proposals.

6) Women continue to be seriously injured by retropubic and transobturator slings but are now being diagnosed early after implantation with specific neurological injuries including ilioinguinal neuralgia, pudendal neuralgia, obturator neuralgia, and Complex Regional Pain Syndrome.

7) Ethicon and Johnson & Johnson along with their biased experts were disgraced in a California court and ordered to pay $344 million dollars for false and deceptive advertising.”

Dr. Vigna adds, “We are seeing women with confirmed pudendal neuralgia with nerve compression by the obturator internus muscle that is damaged by mesh at decompression surgery as early as eighteen months after implantation. This is compared to 2012 when women were undiagnosed for years with catastrophic pain, only to be dismissed by dozens of physicians, with no available resources to understand their pain.”

Dr. Vigna states, “Most certainly 2021 will be much better for the neurologically injured women in the United States as there will be clarity regarding their legal situation. My firm has dozens of transobturator sling (TOT) clients and many women with TVM devices used in the treatment of pelvic organ prolapse marching to the courthouse with confirmed obturator and pudendal neuralgia. We will follow these cases with a wave of neurologically injured retropubic sling cases. It has been a long time coming since the end of 2012 once learning of this health disaster after a brief review of the devices and going online to read what the women were complaining of on the Mesh New Desk and Facebook. Simply by reading their complaints that were posted online, I realized that many of the women were clearly suffering with symptoms of pudendal neuralgia.”

Dr. Vigna concludes, “Finally, the MDL attorneys have cleared out of the way, COVID-19 is nearly over, and we are getting trials scheduled as our first wave of pudendal neuralgia cases are concluding discovery. The defendant manufacturers have not seen a patient who ever had transgluteal pudendal nerve decompression with visually confirmed obturator internus muscle fibrosis and nerve compression and damage at Alcock’s canal. They will be seeing them soon.”

The Vigna Law Group targets the below transobturator (TOT) slings and mini-slings that cause pudendal and obturator neuralgia:

The Vigna Law Group targets the below retropubic slings that cause ilioinguinal neuralgia, pudendal neuralgia, and Complex Regional Pain Syndrome:

The Vigna Law Group is evaluating pelvic organ prolapse TVM cases that have been dismissed without prejudice from the MDL including the Prolift, Avaulta, Pinnacle, Restorelle Direct Fix, and the Uphold device.

An Open Letter to the House of Lords from a Canadian Physician: Assisted Dying Destroys Hope