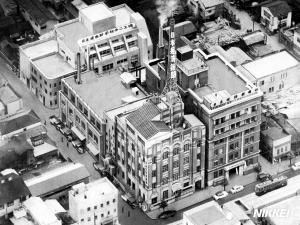 Nikkei will publish a series of articles in English on its website about its 145-year history. Be sure to follow this fascinating story as it unfolds.

TOKYO, JAPAN, October 1, 2021 /EINPresswire.com/ — Nikkei Inc. will publish a series of articles in English on its website ( https://www.nikkei.co.jp/nikkeiinfo/en/global_services/ ) about the history of the company. It is a story that starts with the first issue of the Chugai Bukka Shimpo in 1876 and includes a change of name to the Nihon Keizai Shimbun (the Nikkei) after World War II, the beginning of the Nikkei Stock Average, and an alliance with the Financial Times. It is our hope that these articles will provide an opportunity for overseas businesspeople to gain more knowledge about Nikkei.

Nikkei celebrates its 145th anniversary in December this year. (The predecessor of the Nikkei, the Chugai Bukka Shimpo, was first published on December 2, 1876.) Nikkei will continue to make further progress as it works to fulfill its mission of “contributing to the development of a free and healthy market economy and democracy.”

“Our History” is a series of articles that unfolds the story of Nikkei. Until now, it has been available only on the Japanese website, but it has been translated into English, and has been re-edited and made public. The first installment is about Nikkei’s alliance with the FT. This event marked the beginning of Nikkei’s widespread recognition in English-speaking countries as a media voice.

Eiichi Shibusawa, a pioneering leader of the Japanese economy, also appears in the story as a name from the Meiji era, when Nikkei’s predecessor the Chugai Bukka Shimpo was launched. In the discussion of the days from World War II to the post-war period, you can sense the spirit of the managers and editors of the time. They attempted to observe the world from an economic perspective and convey their findings in a “fair and impartial” manner, without depending on any particular ideology or position and without being beholden to any authority.

The three stories to be published first are, so to speak, an introduction. In the second part of the series, we will reveal the story of the beginnings of the Nikkei Stock Average, which has been marking the movements of the Japanese economy for many years. You will also learn about the advent of the digital subscriptions that were among the first such media innovations in Japan and Asia. Be sure to follow this fascinating series as it unfolds.

“Our History” will be posted on Nikkei Inc.’s “Global Services” corporate website, and it will be updated as needed. The site not only provides content that touches on Nikkei’s journalism as a news organization, but it also makes available information on the various commercial services that the Nikkei Group provides to its readers and customers overseas. We invite you to visit our site at https://www.nikkei.co.jp/nikkeiinfo/en/global_services/