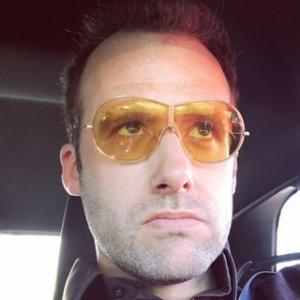 Half of the new, decadent, podcast Let’s Kill Ourselves, Harrison aka Lord Haw-Haw

Tokyo Kuntpunch, the other half of Let’s Kill Ourselves, premiering today at 5pm ET 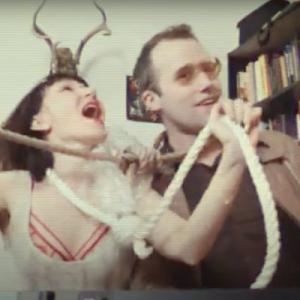 Feel free to drunk dial us with your stories, death threats and conspiracy theories at 518-418-KILL.”
— Tokyo Kuntpunch

LOS ANGELES, CA, USA, December 19, 2020 /EINPresswire.com/ — Comedians and podcasters Tokyo Kuntpunch and Harrison AKA Lord Haw-Haw are joining forces for a decadent, new podcast, Let’s Kill Ourselves, premiering tonight, December 19 at 5pm ET/2pm PT, streaming live to YouTube via the Let’s Kill Ourselves YouTube channel at letskillourselves.com. Tokyo will also be streaming live on her channel www.youtube.com/tokyokuntpunch. Feel free to drunk dial them with your stories, death threats and conspiracy theories at 518-418-KILL.

Let’s Kill Ourselves is a YouTube talk show and audio podcast in which two Los Angeles degenerates provide the polar opposite of an aspirational lifestyle brand. Tokyo Kuntpunch is a modern-day Holly Golightly who spent her formatives years in a secret Buddhist sex cult. Lord Haw-Haw is a pansexual alchemist who spends his days pondering the hermetic mysteries of yore.

After the live premiere, episodes of Let’s Kill Ourselves will drop weekly starting Saturday.

You may enjoy the theme song of Let’s Kill Ourselves here https://youtu.be/eTgzgG4yDLU

About Harrison AKA Lord Haw-Haw:

Harrison AKA Lord Haw-Haw is an anti-life coach with a god-given radio voice. In recent days he was summarily dismissed from the Sick and Wrong Podcast amidst a great scandal, leaving a podcast-shaped hole on his heart. When not in rehab, Harrison makes graphic novels with Dan Fogler and works full-time as a Webby award-winning game writer.

Tokyo Kuntpunch hails from projects of Beverly Hills and more recently MacArthur Park., the most famous drug park in Los Angeles. She spent her formative years in the cult depicted in the Netflix documentary “Holy Hell.” Kuntpunch also performs music under her moniker, Hung Yung Terrarist and you can check it out here www.hungyungterrarist.com She speaks seven languages, and raps in three on her latest self-titled album, “Hung Yung Terrarist,” including French and Dothraki, the fictitious language from the hit series “Game of Thrones.” She has over 1M plays on Spotify, 750K video views in Japan, and 317K video views in Asia.

Kuntpunch has performed at The Comedy Store, The Stand, The Ice House, The Laugh Factory, and appeared on Kill Tony. After that appearance Tony went on to talk about her on The Greg Fitzsimmons podcast and with Adam 22 on the No Jumper podcast. Tokyo has been a guest on SiriusXM’s All Out Show, Karen Hunter, The Bonfire, I Want Radio and The Christy Canyon Show, as well as on popular podcasts, Race Wars, Jason Ellis’ High and Dry, The SDR Show, The Chip Chipperson Show, The Wet Spot, Mornin’ with Bill and Joanna and In Hot Water. She most recently appeared on 50 Cent’s website This is 50 https://thisis50.com/?s=hung+yung+terrarist

The Let’s Kill Ourselves Theme Song