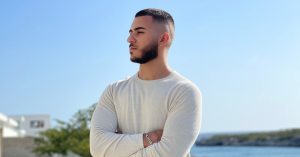 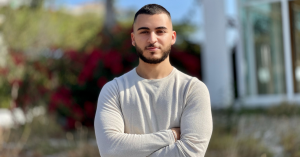 We have all the tools and networking technology we need to lead a world filled with opportunities for developing communities. Building bridges should be our mission as successful business leaders.”
— Pierre Subeh

MIAMI, FLORIDA, UNITED STATES, May 4, 2021 /EINPresswire.com/ — The Caribbean region has been a staple travel destination for many decades. Behind the beautiful resorts and postcard-perfect beaches are societies and communities with so much hidden potential. Caribbean islands offer an array of diversity and world-record lows of racism, hence creating the perfect environment for corporate growth and innovation. Author and successful business expert, Pierre Subeh has been working for years closely with governments across the Caribbean including those of Curaçao, Bonaire, and Aruba to bring big tech to the region. Most recently, his ventures included bringing the tech giant, Apple to advertise and grow their branding in the fastest developing corporate region in the Western Hemisphere.

Pierre Subeh who is the founder and CEO of X Network Agency, also owns and operated X Curaçao, the Caribbean’s largest digital billboard network. Their client portfolio includes Apple, Pepsi, Starbucks, TUI Airlines, Cinemark, and Abbott Laboratories. His approach to testing innovative and unconventional technologies in the region make for great success and bring the attention of major angel investors including Paul Buchheit, the original creator of Gmail.

During a recent interview, Pierre stated, “Tech-giants always focus on major cities across the globe, and developing communities such as the Caribbean islands are often left forgotten. However, as a 22-year old leader in my industry, I’m making that very difference. We convinced Apple to advertise on our network in the Caribbean which is the spark of a new wave, a movement that will inspire tech and development to come to niche areas such as the beautiful island of Curaçao, which can serve as a. phenomenal business hub for entrepreneurs and startups”.

Pierre Subeh is an author, business expert, and award-winning executive producer. He is mostly known for advocating Middle-Eastern representation and pushing the U.S. Department of State & The White House under the Biden-Harris administration to recognize April as the national Arab American Heritage Month. He has been featured for his business expertise on Forbes, The Washington Post, Yahoo News, CNBC, and The New York Post. Early on in his career, he focused on studying the psychology of human behavior and the science behind efficient productivity. He is a natural leader when it comes to managing teams and creating successful ventures. Pierre was awarded as a young entrepreneur when he owned a 6-figure profitable business at age 17.

Subeh is publishing a series of revolutionary business books this year with a conversational method of writing he claims is “both intriguing and very revealing, readers will not put down my books because of how exciting and dreamy they are”. His book launching later in May on Amazon is called, “Building Wealth Through An Army of Loyal Customers” by Pierre Subeh which is a comprehensive guide to building a strong customer base through never-heard-before methods and selling happiness instead of a product or service. It’s a book that every entrepreneur, CEO, small business owner, and even corporate employees must-have. He will also be launching a new TV show called Pierre Explains Everything; A modern take on educational docu-series, but with a fun and modern twist. The docu-series titled “Pierre Explains Everything” will have episodes streaming on YouTube, Facebook Watch, and Amazon Prime Video. He stated, “My show is going to make education fun again, we send our kids to school and pay a fortune to attend universities, but we barely know about how business works in real life and how the world revolves around us—I plan to make that leap which will educate millions of aspiring leaders, corporate professionals, and audiences of all ages”. Subeh ends with an important reminder which is the spine behind his mission in the corporate world, “Business is the skeleton of today’s society; learning how to master it gives anyone, regardless of their race, age, or background—the tools to leverage opportunities around them and upgrade every aspect of their lives. I make it my mission to help educate through a modern and intriguing journalistic approach.”.