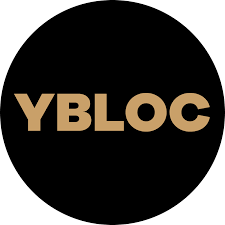 (1) Direct all counties to clearly state the beginning and end calendar dates of their Early Voting period for the January 5th runoff elections on their election webpages.

(2) Where Early Voting days conflict with holidays, instruct all counties to provide clear notice on their election webpages of any holiday-related Early Voting closures, amended hours, and makeup dates and times.

(3) Ensure that all state and county election webpages clearly list the specific deadline by which absentee ballots must be received by election officials.

With the final weeks of the Georgia runoff elections approaching, this nonpartisan advocacy is part of YBLOC’s Black Ballots, Black Futures–Georgia GOTV voter protection campaign, which aims to empower Black voters and protect Black voting rights during the Georgia runoff elections. YBLOC is also hosting a series of nonpartisan voter-protection education sessions with strategic partners and local media platforms to engage grassroots leaders to serve as voter protection ambassadors in the communities they serve.

YBLOC’s Black Ballots, Black Futures November general election initiative spans across seven states. In Arkansas, the voter-protection campaign spearheaded voting-rights litigation to protect 132,000 absentee voters. In response to the litigation, the Arkansas State Board of Election Commissioners issued an order requiring that the counting of absentee ballots continue until all votes were counted. Prior to the order, thousands of absentee ballots were at risk of not being counted due to Arkansas’s arbitrary counting deadline.