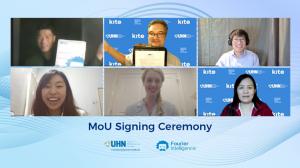 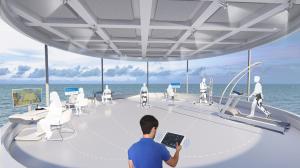 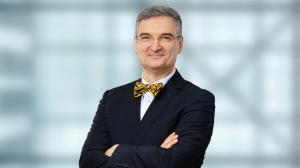 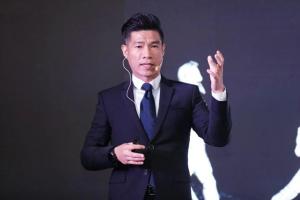 KITE is considered one of the top global research facilities in the field of rehabilitation. Together, we can jointly design and develop next-generation technologies for our clinicians and patients.”
— Zen Koh

Canada and Singapore – December 18, 2020 – The KITE Research Institute at the Toronto Rehabilitation Institute – University Health Network and Fourier Intelligence have formed an important global partnership by signing a Memorandum of Understanding (MOU). The two parties are pleased to announce they have entered a global partnership to expand KITE’s robotics research and education capabilities including establishment of a new world-class Rehab Robotics Centre with Fourier’s next-gen RehabHub™ and support from its network of researchers. A virtual signing event took place on Dec. 16.

The research at UHN will be conducted by KITE, the No. 1 ranked Rehab Research Facility in the world, and one of the principal research enterprises at Canada’s top research hospital network, UHN.

The MOU was co-signed by Dr Milos R. Popovic, Director of the KITE Research Institute, a pioneer in the field of bioengineering and assistive technologies and Zen Koh, Fourier Intelligence’s Co-Founder, Group Deputy CEO

“Zen and I have been acquainted for many years, and it is great to finally come together in a collaboration to realize what we have both been discussing for the past few years,” said Popovic, who is also a professor with the Institute of Biomedical Engineering at the University of Toronto. “Fourier is a great partner and this agreement will help us achieve KITE’s vision of developing a new world-class Rehab Robotics Centre. We are currently in the process of raising $12 million to get this Rehab Robotics Centre up and running.”

“We are excited about this partnership. KITE, under the leadership of Milos, is considered one of the top global research facilities in the field of rehabilitation,” said Zen Koh, Fourier Intelligence’s Co-Founder, Group Deputy CEO. “Working together, we can consolidate our resources and jointly design and develop next-generation technologies for our clinicians and patients.”

The MOU coverage focuses on the field of, among others, robotics rehabilitation research, the formation of a joint lab with Fourier Intelligence’s multitude of institutional research labs and a regional education centre. Professor Denny Oetomo, who is leading the University of Melbourne & Fourier Intelligence Robotics Lab, was also present during the virtual signing ceremony. “We are thrilled to be able to work with KITE as they have well-integrated engineering and clinical testing,” added Oetomo.

About Global Rehabilitation & Assistive Technology (GReAT) Network
GReAT Network is a network of clinical researchers formed under the coordination of Fourier Intelligence. The objective of the network is to optimise resource sharing in neurorehabilitation research, to advance known-best-care by optimising existing technologies in neurorehabilitation, as well as promoting innovative discoveries to be translated into clinical practice with due efficiency and circumspection.

Greatest Shipwreck Mystery, the Loss of The Tsar’s Treasure Aboard RMS Republic, Solved

EnergyNet Confirms Kenya to Host ‘25th Africa Energy Forum’ in June 2023, ahead of aef21 in London next month