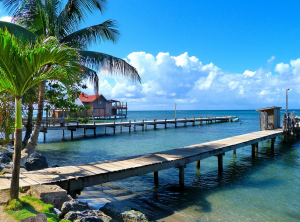 The 10 Very Best Things To Do While traveling in Honduras

LA CEIBA, HONDURAS, December 28, 2020 /EINPresswire.com/ — More than 2 million tourists flocked to Honduras in 2017. By 2020, the government of Honduras would like to attract at least one million more tourists annually. Despite increases in visitors over the past 3 years, Honduras is not on the radar of many travelers. Why are people going to Honduras? There are so many reasons to visit the second-largest Central American country. Here are ten reasons to add Honduras to your bucket list

The Bay Islands north of Honduras are situated along the world’s second-largest barrier reef. The reef is the home to a seemingly unending supply of marine life, including whale sharks. Utila, one of the Bay Islands located to the north of the mainland is, not surprisingly, one of the most popular places to get your dive license. This is a small island surrounded by some of the most spectacular snorkeling and diving conditions on earth.

With over 770 species of birds in the country, it is no wonder that birders and twitchers flock to the country to get a glimpse of the many birds that live in the lush forests. Honduras boasts only one endemic bird species, the Honduran Emerald, a tiny iridescent hummingbird that was unrecorded for nearly 40 years, from 1950 to 1988.

The beaches in Honduras rank among the most beautiful beaches in the world. This country is bordered by the Caribbean Ocean to the north and the Pacific Ocean to the south. West Bay is often billed as the best beach on Roatan Island of Honduras. The shoreline here is beautiful, while the reef located just offshore has excellent snorkeling. Here, you’ll see the white sand end crystal blue water that people associate with the Caribbean.

If you are a thrill-seeker, white water rafting, hiking, and extreme zip lining are all things that you can do while taking part in Honduras. The Rio Cangrejal offers heart-pumping Class III rapids that will get even the experienced white water rafter excited and the prices are extremely reasonable, typically coming in at under $100 per person. There are many hikes to explore through the various national parks. It is recommended that visitors hire a guide when hiking. La Campa is the location of Central America’s highest zip-line. There are a total of six zip-lines that cross through a deep canyon, at one point soaring 1,246 feet above the ground.

The food in Honduras is an eclectic mix of European, Caribbean, and indigenous cuisine. Try a dish called tajadas, which consists of fried plantains topped with chopped cabbage and served with ground beef. Most local restaurants will have their version of plato típico – made out of refried beans, rice, cheese, plantains, beef and chorizo and some tortillas, a hearty and tasty dish. If you want Garifuna flavors, you can’t miss the conch soup, or like the famous song goes “Sopa de Caracol!!”
You can get access to a lot of fresh fish in places like Roatan, and you should definitely see what is being caught. Honduran cuisine has a lot to offer even the pickiest traveler.

The history of Honduras is rich and long. The Mayan empire existed in parts of western Honduras near the Guatemalan border in 150 A.D. The country was first seen by Europeans when Christopher Columbus landed on the Bay Islands on his fourth voyage to find the new world in 1502. Honduras eventually became a Spanish colony until its independence in 1821.
One of the most important Mayan ruin sites is found in Copan. You can see amazing hieroglyphics and beautiful sculptures from over 3000 years ago. The amazing stairway on Structure 26 forms the longest discovered Mayan text, made up of around 2,000 glyphs that record the royal history of Copan. It was named a World Heritage Site by UNESCO in 1980.
Take a trip to Trujillo, a stunning colonial town with cobblestone streets and traditional Caribbean-style architecture. See the authentic colonial buildings in Comayagua, the first capital of Honduras. There is history at every turn, even if you don’t know where to look.

Nearly 27% of the country is made up of government-designated natural areas. Throughout the country, visitors will encounter over 90 protected areas. As a result of all the protected areas, nature-lovers can see more than 64 plant ecosystem varieties and at least 754 species of birds.
Take a stroll in the Rio Platano Biosphere Reserve or Moskitia, often compared to the Amazon for its lush dense rainforest. Honduras also includes spots like the Pico Bonito National Park, where hikers can see jaguars, monkeys, and birds up close and personal.

With beautiful beaches, towering mountains and lush green valleys, there is plenty to look at if you prefer relation to adventure. For those who are not as interested in water and adventure activities, take in the scenery by just lounging around in hammocks and relaxing.

Honduras is 90% Mestizo and has a heavy Spanish influence. There is definitive evidence of the country’s Spanish colonial heritage in the architecture of the cities. Honduras is also home to the Black Caribs, as they were originally known, who originated as West African transplants that were either shipwrecked or escaped from other Caribbean islands. This unique culture combines Caribbean fishing and farming traditions with a mixture of South American and African music, dance and spirituality.

Travel to and within the country is very economical. Hotel prices range from $15 per night for shared dorm rooms to private rooms in hotels ranging from $65 per night or more. A savvy traveler can stay in four-star accommodations, take taxis everywhere, take advantage of domestic flights, and eat at fine dining restaurants for around $225-$275 per day, a true bargain for all the country has to offer.

Pack your bags and get ready for an adventure of a lifetime in Honduras.