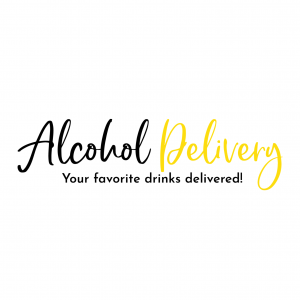 Deemed as “some of the most powerful domains in the industry” LiquorStores.com and AlcoholDelivery.com were acquired last year by business mogul Jason Brian.

JUPITER, FL, UNITED STATES, February 18, 2021 /EINPresswire.com/ — Tech Entrepreneurs “Shake Up” the Beverage Industry With The Acquisition of LiquorStores.com and AlcoholDelivery.com

Deemed as “some of the most powerful domains in the industry” LiquorStores.com and AlcoholDelivery.com were acquired last year by South Florida business mogul Jason Brian. Brian, 33, began his career in the automotive and insurance marketing arena. He has developed and successfully sold a number of tech platforms over the last decade, this is sure to be no different.

Venture capitalists Scott Meier and Jeremy Howard joined the team in January 2021 with the vision to help Brian accelerate the growth of LiquorStores.com and AlcoholDelivery.com nationwide.

“Since visiting the grocery store is an activity many are trying to limit, delivery services have become important for both the business owner and their customers,” says Meier. “With success stories like Drizly’s $50 million capital raise in August of last year, followed by the proposed $1.1 billion acquisition by Uber and DoorDash’s nearly $35 billion IPO in December, we knew we couldn’t miss out on being in on the ground floor of this project.”

“The alcohol delivery business also changed overnight during the pandemic,” says Howard. On-demand alcohol delivery apps saw a 300% spike in sales in early June as states and cities shut down bars and restaurants amongst Coronavirus, as reported by CNBC in March 2020. The average online alcohol and spirits order was up by over 20%.

“We’re focused on creating strategic partnerships with existing platforms and local liquor stores. We are equally excited to expand our leadership team and continue hiring representatives to help us bring this idea to life,” says Brian.

Howard says that they will continue to expand LiquorStores.com and AlcoholDelivery.com in the coming weeks and months. “Our business strategy is simple; to build a world-class working environment, where our team and consumers alike recognize us best by our slogan, ‘The Who’s Who of Beer, Wine, and Liquor.’

For all media-related inquiries, please contact Atwater, Brian & Co. at 561-924-1065 or aatwater@atwaterbrian.com.

Women’s International Day with one of a kind coffee company