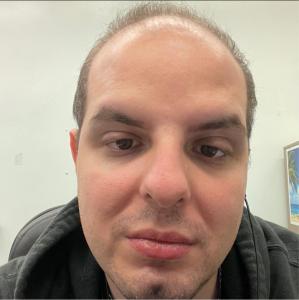 Steno101.com shows everyone that the stenographer shortage can be solved.

We were stuck in a mindset of powerlessness. I showed my industry that things could be different.”
— Christopher Day, RPR

STATEN ISLAND, NEW YORK, UNITED STATES, October 19, 2021 /EINPresswire.com/ — On Monday, the Stenonymous blog had some strong words about Steno101.com. “This is what I have been fighting so hard for” wrote its creator, Christopher Day, a Registered Professional Reporter living in Staten Island, New York. Day went on to thank the creator of Steno101.com and all the professionals in the industry, and noted that the future of legal transcripts would be bleak without them.

The Steno101.com ad launched on Spotify over the weekend and was reportedly heard by over 10,000 people by the time of this press release. It highlighted all of the different career paths stenographers could take, including court reporting, captioning, and even congressional matters. It was launched to target people under 20, a strategic move for an industry that has a median workforce age of 55, slightly above the nationwide average of 42.

This move by Steno101.com comes after industry-shifting revelations posted by the Stenonymous blog in September. Following Day’s publication of emails from the National Court Reporters Association firm owners listserv, he claims things changed. “We were stuck in a mindset of powerlessness. I showed my industry that things could be different.” Not mincing words, Day continued “Look at the cowards in that email exchange trying to bully my colleagues into silence. Their silence today tells me that they know exactly what they were doing and that they are terrified of this story getting bigger. Telling consumers no stenographer is available while not actually trying to provide one? Sounds like fraud to me.”

One thing is certain, according to Day, stenographers are bolstering their numbers quickly in defense of the legal record. “Look at all the recruitment happening. Virginia Court Reporters Association just put out a call to action. Steno101 is the tip of the iceberg, and it’s one sharp tip.” He also believes that far more eyes are on the $3 billion industry now. “Investors and corporate types are starting to pay attention to this situation too. Rather than work against us, one organization approached and asked how they could work with court reporters. We have flipped a switch that no amount of posturing is going to switch back off again. Court reporters are here to stay. The science is so unavoidable and clear that digital reporting is already trying to change its name to active reporting. The economics are pretty clear too. It’s been firmly settled from all the industry studies that stenographic reporting is the best value.”

Asked to expound on the “economics” of court reporting, Day had a hasty retort. “Ask any of these companies to lock in their rate for 30 years like stenographers did. Not happening.” He continued, “Adjusted for inflation, our pay has fallen dramatically in the private sector. Anybody that thinks that’s sustainable hasn’t thought about it long.”