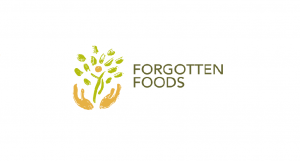 BANGALORE, INDIA, December 18, 2020 /EINPresswire.com/ — Bangalore, India. Date: 18th December, 2020.Over the last decade, India has witnessed a revolutionary revival of traditional Indian foods and other products. A FICCI Report published in 2018 indicates that this revolution is spear headed by StartUps, many of which are working towards taking traditional and healthy foods into the main stream consumer markets. As of 2018, the food services and products segment was estimated at a value of 400 Billion USD. As per the report, the market share of traditional foods in the food services and retail industry is very small, but steadily growing.

One company that stands out, and has been successful in taking traditional foods to the market in an organized manner is StartDesi Products Private Limited. The company is based at Bangalore, the technology capital of India. StartDesi was founded in 2017 by Mr. Raja Varun and his friend, and has been quite successful in taking quality traditional foods to Indian and foreign consumers under the brands StartDesi and Forgotten Foods. The company has launched several food products under the unique and catchy brand Forgotten Foods in 2017, which are now very popular among the company’s consumers. StartDesi sells a variety of products ranging from whole grains and healthy drinks to ready to cook foods and diabetic flour under its brands.

“Originally the millets were grown at Prakruti Farms in Bangalore. We wanted to have brand names that reflect our philosophy and came up with Forgotten Foods and StartDesi, both of which caught up very fast.

Our objective was to have a good set of products. After initially launching raw whole grains to the market, we developed several compositions through our research efforts, which took a while. We even filed for a patent for one of our compositions, which was showing good results for people with metabolic disorders.

Today, we have more than 20 products in the market, and the feedback is very encouraging.”

With the initial success, Start Desi is now geared up to launch innovative products aimed at boosting immunity and promoting healthy living. It plans to launch a series of products and brands for different market segments and categories. The company’s products are now sold in online and offline stores such as Amazon, Namdharis, Organic Era, Reliance, and Fresh Greens, among others, and it is expanding its distribution and sales channels at a rapid pace. The company also has its own kitchen, which provides forgotten food services to resorts and restaurants. The company’s founder, Mr. Raja Varun believe that they have now laid the foundation to make a telling contribution in the Indian traditional food segment, and plan to use the popularity among consumers to grow inorganically.

Textures and backgrounds for unique graphics