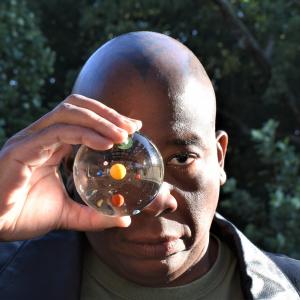 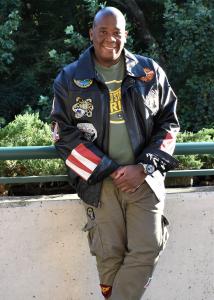 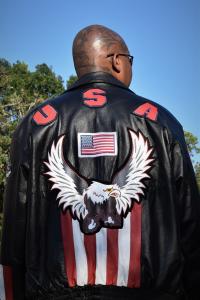 FROM HOMELESS TO SPACE! How one veteran overcame the hardship of homelessness to the owner of a Space Technology Organization for Veterans!

SPACE IS CALLING…LET’S GET TO WORK!”
— STARFURY

S.T.A.R.F.U.R.A. serves as the acronym for Space, Terraformation, Astronautics, and Research for United Residents of Alpha. S.T.A.R.F.U.R.A.’s mission is to financially support the work of military veterans who design workable, space apparatus prototypes for practical use in the space industry. In addition, S.T.A.R.F.U.R.A. will train and teach the practicalities of space travel and inhabitation to disadvantaged youth and young adults. S.T.A.R.F.U.R.A. aims to equip inventors and future leaders with the resources and knowledge needed to compete in the booming space industry.

“It is crucial that we give EVERYONE, no matter their socio-economic status, the opportunity to learn what space has to offer!” STARFURY

S.T.A.R.F.U.R.A.’s vision is to partner with leading Space companies such as SpaceX, Virgin Galactic, NASA, Angel Investors familiar with space enterprise, and even the Space Force to support and fund the organization’s mission of readying individuals for space endeavors.

Unique from most space start-ups it is S.T.A.R.F.U.R.A.’s desire to Research Religion in Space! Starfury, S.T.A.R.F.U.R.A.’s founder, understands the power of faith and sound doctrine as instruments for possibility, which is why an additional goal of S.T.A.R.F.U.R.A. is to research the characteristics of religion in space. S.T.A.R.F.U.R.A. will seek the assistance of religious scholars and archaeologists from the most sought-after religious communities to help spearhead the program. In doing so, humanity can truly understand it’s place in the cosmos and the center core of our spiritual being.

“Faith guided prior explorers to traverse our blue planet, and it is faith that will guide our future explorers across the stars!” STARFURY

Starfury, president and founder of S.T.A.R.F.U.R.A., is a native of Trinidad and Tobago, West Indies. Starfury, at an early age, was a visionary; while his childhood peers played sports, Starfury researched phenomenon like the Bermuda Triangle. At the age of 17, Starfury enlisted in the United States Army which he took his military career seriously, which resulted in him receiving several honorable awards. Starfury enjoyed military life immensely. However, he knew by the tugging of his spirit that life, beyond this world, had more to offer.

“Once I saw the awesome technological power of the Army’s A-10 Warthog while serving with 1/509th J.R.T.C. in 1992, I knew space travel was possible through advance technology!” STARFURY

Starfury, in 2002, walked away from his job as a corrections officer for the State of Maryland. That decision, along with a string of bad choices, rendered him homeless. Starfury lived in his car for months before catching a break. Eventually, he was offered and accepted an opportunity to volunteer for Operation Iraqi Freedom. Starfury’s life changed while serving with the 5th Special Forces in Baghdad, Iraq. Starfury met his first mentor, Colonel Campbell, during that time. Colonel Campbell openly challenged Starfury to do better, and from that point forward, Starfury changed his life’s trajectory.

“The struggle is Real! Yet, People from all over the world continue to pour into me! Because of the support I receive, I no longer look into the rearview mirror of my life. My eyes point forward toward future possibilities!” STARFURY

S.T.A.R.F.U.R.A.’s headquarter is in Washington D.C. S.T.A.R.F.U.R.A. desires to build lasting relationships with other veteran organizations and seek start-up funding to support technological space endeavors for Veterans and future leaders.

“It’s time we redirect the message of space travel and inhabitation. We need to make room for the dreamers, believers, and visionaries who made the intention of Space achievable!”

“Space Is Calling… Let’s Get To Work!” STARFURY

You can find out more about S.T.A.R.F.U.R.A. at www.starfura.space or email Starfury at Starfura@outlook.com and contact number: 202-774-3342