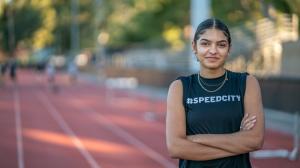 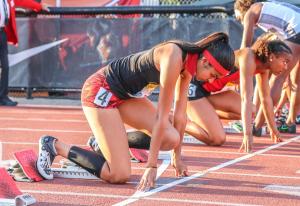 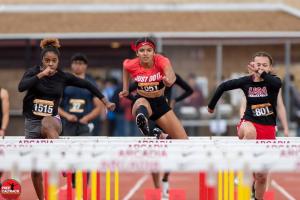 #1 Hurdler in California, #3 in the Nation

The Number One Hurdler in California will Reveal Her Next Chapter into Collegiate Athletics on Dec 19, 12 pm PST on MileSplit’s Live Social Feed

CALABASAS, CALIFORNIA, UNITED STATES, December 17, 2020 /EINPresswire.com/ — Every now and then an athlete emerges that sets the bar to new heights and defines a generation; the latest to rise to this level of prominence is young Bella Witt. A senior at Calabasas High School, Bella Witt has dominated in track and field, holding the title for the 100-meter hurdle in California; third in the nation.

Title after title, race after race, Bella has harnessed nation-wide recognition for her unmatched speed, champion work ethic, and her dedication to excellence. Now, as she wraps up her senior year of high school, she has her sights set on new goals, new experiences, and new titles. Bella Witt will be announcing her college selection on December 19th, 12 pm on MileSplit’s Twitter and Instagram Live Feed, solidifying her new path and the next four years of her budding career.

Bella began running competitively in 2008 with the Miami NW Express Track Club under the mentorship of the legendary Coach Jesse Holt Jr and Reggie Holt, the retired NFL DB Green Bay Packers. In her time in Miami, before relocating to California in 2011, Bella stacked up several titles and created an established name for herself at the young age of 6.

Some highlights of Bella’s young career include:

Although her Junior Season was cut short due to the COVID-19 pandemic, Bella remained diligent and intentional in her training, with sights set on new goals to meet to raise the bar even further.

“Right now, my focus is finishing my High School career as the #1 High School 100m Hurdler in both the State of California and Nationwide; as well as finishing in the top 3 of the 300m Hurdles and the short sprints to become a candidate for the Gatorade HS Female Athlete of the year. I’m excited for the next chapter in my journey. It’s the next step in ultimately achieving my goal of becoming a NCAA Nationals Champion. College isn’t the end for me, it’s only the beginning of my aspirations to be an Olympic Champion and professional. I’m completely prepared and committed to persevering through all adversity to persist till I succeed.” – Bella Witt

Through proof of concept, dedication to her craft, and unwavering commitment to overcoming hurdles with resilience; Bella Witt’s purpose-driven vision has come to fruition with the announcement of this next chapter.

Bella Witt is a track and field superstar at Calabasas High School in Southern California. At the young age of 17, Bella has won dozens of titles, including the state title for the 100m hurdle, for which she is also third in the nation. A combination of talent, unmatched work ethic, and a hunger for success; Bella has dominated the track and field space, harnessing attention from around the nation. As Bella begins her next journey into collegiate athletics in 2021, all eyes will be on her to see where this superstar will catapult her career.