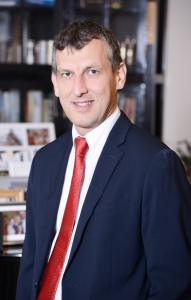 “Like other firms involved in developing the MCX revolution, Softil welcomed 2020 without knowing how much chaos the year would bring,” says Pierre Hagendorf, Softil’s CEO. “We expected that radio would first be integrated into MCPTX networks with the help of interworking gateways as well as more public safety broadband deployments, and advancement in device UI, situation awareness and IoT integration.” Mr. Hagendorf adds: “There were movements in all these areas in 2020 despite all the challenges, and we believe the year 2021 will see an additional set of key drivers emerging for the worldwide adoption of next generation public safety broadband solutions.”

1. Rise of the Service Providers into the MCX Space
The ultimate promise of MCX standards developed in 3GPP is to bring the Mobile Broadband revolution to First Responders by enabling the hundreds of Service Providers around the world to deliver mission-critical communications as a general service. MCX functionality is implemented via a set of application servers and requires tight integration with a service provider’s core offering. By integrating EPC + MCX application server solutions, more Service Providers beyond those already in government-sponsored programs can enter the global MCX industry much faster. As MCX core elements become more mature, Softil expects to see more Service Providers joining the ranks of MCX Service Providers in 2021 in a similar way to KT and SKT in South Korea offering MCPTX services nationwide, as do EE/ESN in the UK, AT&T/FirstNet and now Southern Linc and Verizon in the USA.

2. HERO devices to the rescue
Having reliable and top performing MCX services is essential and foundational, but in order to enable First Responders to take full advantage of what public safety broadband has to offer, MCX-enabled end-user devices are needed. Currently, smartphones proliferate our world, but most are not as rugged as traditional radios. But the ruggedization of smartphones is not that important. What is, however, is to equip First Responders with familiar tools such as a radio and to extend the functionality of this “radio” with support for access to the public safety broadband. Such LMR/LTE combination devices are usually referred to as “HERO devices” in the industry and are critical for the migration of First Responder communications to the public safety broadband. Softil predicts that new HERO device offerings will enter the MCX market in 2021.

3. Trains using FRMCS
Trains are vital to the world’s economy, and any communication paradigms related to them squarely belong in the mission-critical space – often with requirements far exceeding the needs of typical First Responder communications. Today, train communications are still largely based on the GSM-R standard, but its replacement, FRMCS (Future Railway Mobile Communication System), which is essentially a variant of the MCX standard, is continuing to be actively developed. FRMCS 3GPP standards are now largely in place with Functional Alias fully developed in Releases 15 and 16, and 3GPP is now working to define GSM-R to the FRMCS gateway and to be available in Release 18. In addition to South Korea which already launched MCX LTE-R rail communication services a while back, we should see global FRMCS implementations entering Proof of Concept and trial stages in 2021.

4. Video is everywhere
2020 was the year of video, and mission-critical communications will capitalize on the widespread acceptance of video communications to enable First Responders to add video to their vocabulary. Taking into account that MCPTT implementations are getting into the field and driving the acceptance of MCX communications, and the increase of mobile networks bandwidth, Softil expects that 2021 will see more trials, as well as actual deployments, of 3GPP standards-based mission-critical video (MCVideo) in the hands of First Responders.

5. Dispatch and recording to tie everything together
As MCX moves from being “theoretically possible” to “commercially viable and available,” the need to manage MCX communications becomes vital. Dispatch consoles, often referred to as Control Rooms, offer such MCX management capabilities. Based on the state of today’s MCX communications, many dispatch consoles do not yet support the management of MCX communications. MCX recording is similar – it is a vital functionality of any public safety communications deployments and needs to be implemented immediately for a service to be launched this year. As MCX services become much more realistic and practical, Softil expects new, MCX-capable offerings from both dispatch console and recording vendors to become available in 2021.

6. Test early, test often
Test early, test often is a guiding motto of proper software system design and application development. As MCX is a relatively young technology, it needs to be proven to service providers and users alike – and the best way to prove that MCX technology is working reliably and efficiently is via testing. The industry is in dire need for MCX testing solutions, and as such, MCX testing already has a significant amount of attention with 3GPP extensively developing MCX test specifications in RAN5, NIST PSCR facilitating MCX testing tools via a series of grants, and trade organizations around the world starting to develop MCX testing programs. In 2021, Softil expects to see significant testing performed both at vendors and service providers’ labs, as well as in the field on live MCX networks.

7. Increased confidence in Public Safety broadband technologies
The appearance of MCX-capable devices (smartphones and HERO), LMR/LTE gateways, MCX-enabled dispatch consoles and recording systems, and most importantly, MCX service offerings, increase the comfort level of end users embracing new MCX technologies. New capabilities, such as mission-critical video, mission-critical chat as well as file exchange, mobile broadcast, location precision and location management should begin to win over the hearts of future MCX technology users. Building confidence is never a quick process, but it has started and we expect it to continue in 2021.