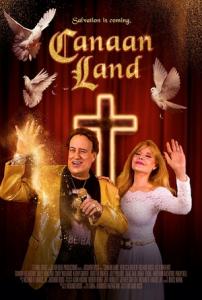 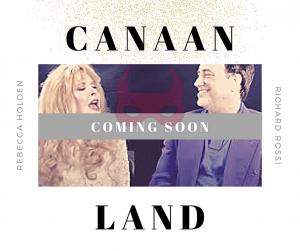 Based on Richard Rossi’s Hit Novel, ‘Canaan Land’ Is an Instant Classic Religious Film For Everyone

LOS ANGELES, CALIFORNIA, UNITED STATES, December 28, 2020 /EINPresswire.com/ — Every now and then a film comes along that changes everything. Religious films are often stigmatized as only appropriate for a particular demographic, but a current 2021 Oscar entry is taking what is typically thought of religious films, and flipping it on its head. Based on Richard Rossi’s hit novel, Canaan Land is a feature dramatic film about a consummate charismatic con man who takes advantage of those with genuine faith. The film dramatizes the types of counterfeit tactics used by some popular televangelists today, shedding light on the truth.

Written and directed by Eternal Grace’s president, Richard Rossi, Canaan Land is a 21st Century telling of the archetypal Elmer Gantryesque story. The story follows the journey of Brother Billy (Richard Rossi), a deceitful con man who preys on the faith of congregations, and Sister Sara (Rebecca Holden), a female evangelist and singer who is indeed a sincere Christian. Contrasting the two characters brings to light the apparent differences between genuine faith, and “faith for a show” or ulterior motives designed to deceive.

The lost preacher has a true “come to Jesus moment”, as he falls for Sister Sara, realizing that his con is no longer a game, and there is much more at stake. Exploring themes of deceit, love, faith, and redemption; Canaan Land inspires each viewer to take note of the real purpose of their life and their faith.

Featuring celebrity cameos such as Lynda Carter, Cindy Williams, Sally Kirkland, Dead Kennedys, the Red Hot Chili Peppers, and many more, Canaan Land is praised for being “a religious film for the rest of us”.

Through Richard Rossi’s brilliant leadership and direction, Canaan Land is truly breaking the stigma that religious films cannot be entertaining for a secular crowd, while still pursuing religious messaging.

Through proof of concept, dedication to the craft, and unwavering commitment to bridging the gap between religious and secular audiences; Richard Rossi’s purpose-driven vision has come to fruition with the end-of-year release of Canaan Land. The film was exhibited for a week of drive-in screenings in Los Angeles and Miami and will be streaming in multiple platforms within two weeks.

Eternal Grace is a non-profit ministry making movies with a message of faith and hope since its founding in 1986. Based in Hollywood, California, Eternal Grace is dedicated to supporting a collective community of artists, actors, filmmakers, and writers with the same purpose-driven vision. Primarily focusing on the genre of the dramatic film, Eternal Grace has released hit pictures such as Baseball’s Last Hero: 21 Clemente Stories, Sister Aimee, and their most recent film, Canaan Land. Based on Eternal Grace’s President Richard Rossi’s hit novel, Canaan Land is a feature film currently entered into the 2021 Oscar Nominations for Best Film, and widely praised for its unique approach to shedding light on corrupt televangelists in the religious community.