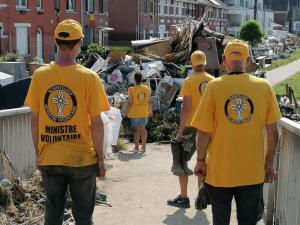 Damage from July’s flooding in Western Europe is estimated in the billions of euros. 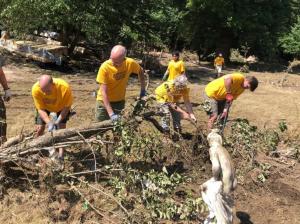 The volunteers lost no time in contributing to the cleanup and the work of salvaging property. 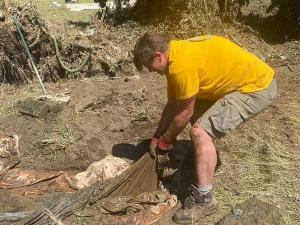 Belgian Scientologists respond to the needs of friends and neighbors after unprecedented flooding submerged parts of the country.

BRUSSELS, BELGIUM, July 22, 2021 /EINPresswire.com/ — Brussels-based Churches of Scientology for Europe activated a team of Scientology Volunteer Ministers to help in the aftermath of what has been described as the worst flooding to hit Western Europe in more than two centuries.

Cleanup from flooding is always an arduous but vital process. The faster the response, the less that is lost to the incursion of mold and mildew.

The team of Scientology Volunteer Ministers took on whatever tasks were needed to salvage valuables, clean up, and put order into flood-damaged property.

“Many large cities were completely underwater,” said the Volunteer Ministers on Facebook “People lost so much property—some lost their entire homes. But the sun is finally back and our team is on the ground to help people clean up and recover their belongings as best we can.”

The Church of Scientology Volunteer Ministers program is a religious social service created in the mid-1970s by Scientology Founder and humanitarian L. Ron Hubbard.

A Volunteer Minister’s mandate is to be “a person who helps his fellow man on a volunteer basis by restoring truth and spiritual values to the lives of others.” Their creed: “A Volunteer Minister does not shut his eyes to the pain, evil and injustice of existence. Rather, he is trained to handle these things and help others achieve relief from them and new personal strength as well.”

To learn more about the Scientology Volunteer Ministers and how they responded to the COVID-19 pandemic internationally, visit the interactive timeline, 20/21—A Look Back & A Look Ahead at www.Scientology.org/20-21.

The Founder of the Scientology religion is L. Ron Hubbard and Mr. David Miscavige is the religion’s ecclesiastical leader.