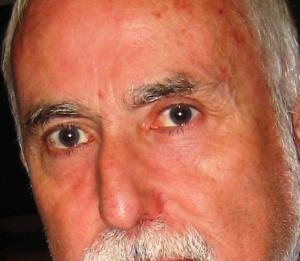 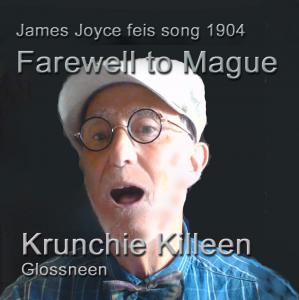 Krunchie Killeen impersonating James Joyce at the Feis of 1904 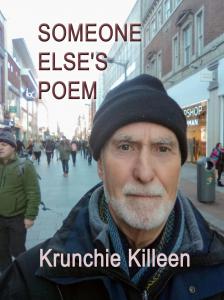 Krunchie Killeen Releases, Just In Time For Christmas, “Santa Is Coming,” An Upbeat Re-hash Of a Traditional Tune Where The Music Suggests An Approaching Sleigh

The drumbeat and music suggests the brisk approach of Santa’s sleigh.”
— Krunchie Killeen

DUBLIN 11, DUBLIN, IRELAND, December 17, 2020 /EINPresswire.com/ — Krunchie Killeen has released, on Spotify and the other digital channels, his new tune, “Santa Is Coming,” an upbeat version of The Derry Hornpipe, where the drumbeat and music suggests the brisk approach of Santa’s sleigh. Krunchie’s excited voice is heard, over the music, shouting hoarsely “Santa Clause is Coming … I hear his sleigh … I hear the sleighbells … Listen, listen …”

Why so late in the day, and Christmas almost upon us? It is because he was not thinking of any such release until just now. He had recently used The Derry Hornpipe as background music to his recitation “Bertie of the Golden Hand,” which contrasted the prosperous era of the Celtic Tiger, under Taoiseach (i.e., Prime Minister) Bertie Ahern, with the subsequent years of recession and Pandemic.

Recently, he thought of doing an upbeat version of the tune, exploiting drumbeat, electric guitar, trombone and harmonica, to give a lively rendition. As he completed the transformation of the tune, it occurred to him that it could suggest the energetic and purposeful sleigh-ride of Santa. Hence, he added the excited comments to the tune and gave it its new title.

Krunchie’s rendering of the song is found on Spotify at:
https://open.spotify.com/album/3X5DK9FFKfqRl9UdwKKtbp?si=jtB5NqjDRKmfADsiKlOztA

Other recent releases by Krunchie are:
“Bertie Of The Golden Hand”:
https://open.spotify.com/album/3rylEmsuOj5at29gC4Pbip?si=XDWmvk0sSQOFL3K42T_6Lw

“Storm Nellie,” after the recent Irish storm “Ellen,” which if often called “Nellie” in Ireland, his version of a traditional Irish song of the name: https://open.spotify.com/track/6CBGodjrJsLO14fNkfnIRa

Krunchie’s most popular release on Spotify to date ,is “Bowran Rock,” his arrangement and execution of a Sottische Country Dance:
https://open.spotify.com/track/6MzbAXpUMhD8hpcUIR2Miz

A selection of photos of Krunchie can be viewed and downloaded from:
https://p-ocillin.tkhcloudstorage.com/item/c3e7ed8999a2452a8cce961491f421cf

A selection of Krunchie’s album art is found on Pinterest at: https://www.pinterest.ie/krunchiek/album-art/

Krunchie Killeen is a retired Civil Servant who lives in Glasnevin, Dublin, Ireland.

His biography can be viewed on: https://krunchiekilleen.blogspot.com/2020/02/krunchie-killeen.html