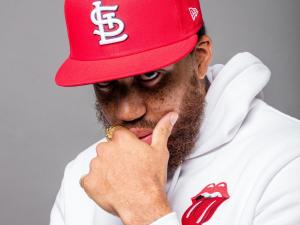 ST. LOUIS, MISSOURI, UNITED STATES, December 17, 2020 /EINPresswire.com/ — Robbo Brilliant made waves with the release of his Midwest anthem “From The Lou” in September 2019. After dropping his first single, “Flippin”, in 2016, Robbo Brilliant ignited his drive to inspire the world through his art. As a father, artist, generous philanthropist, and motivational speaker, he is able to take listeners to a different place with his songs and paint a picture with his vivid storytelling. As a believer in the law of attraction he practices what he preaches and channels his genuine desire to help and uplift individuals to become the best version of themselves with the music he produces.

The unique delivery of music, the strength of his emotions, and his tonal variations make Robbo Brilliant stand out in a long list of rappers. His success was evident from his release, “From The Lou”, which is based on a powerful narrative about police brutality that led to Michael Brown, an unarmed Black teen, losing his life at the hands of law enforcement agents in Ferguson, Missouri. Beyond being a tribute to Michael, the song explores difficult topics of crime, drugs, and police brutality, with an overarching theme of the resilience and strength of the residents of Ferguson. It is one of Robbo’s most significant releases and features another Missouri rapper and producer, E.J. Carter. Their song and music video were a big hit and they enjoyed being featured on hip hop platforms such as HipHopSince1987, Trap N Trunks, and Genius.

Robbo Brilliant is motivated by the love he gets from his fans and the love he has for his five-year-old daughter. He is a firm believer in “intentional” hard work which eventually leads to success. As Robbo Brilliant says, “The human brain is the most powerful thing in the world; your thoughts have the power to transform everything you do and everything around you. If you have a positive attitude and positive thoughts towards people and things, you’re going to usually have positive experiences. If your thoughts are focused on negativity and problems, like work sucks, it’s not fair, not enough money, or no one loves me, you’re definitely going to continue to attract more of those problems and stay stuck. So if you want to get unstuck, try this out for a week, it won’t be easy, but if you consciously make an effort to turn negative thoughts into something positive or even neutral, you’ll experience life in a whole new light.”

In December of 2019, Robbo Brilliant grabbed the attention of local and national news stations KMOV News 4, MSN News, and STL Today with his annual Christmas Toy Drive. The Toy Drive focused on providing toys to the inner city of North St. Louis who are victims of losing a parent to incarceration and gun violence. The 2020 Toy Drive will take place on December 19th, 2020 at the New Northside Development Center.

Robbo Brilliant plans to stay actively involved in his community and take his record label and brand to the global level and reach millions and billions of the citizens of earth to motivate and inspire them to make the world a better place.

Robert “Robbo Brilliant” Page is an American Rapper hailing from St. Louis, Missouri. He developed a deep love for music from a very young age, and has been pursuing musical projects for as long as he can remember. After starting recording and performing in early 2011, Robbo Brilliant finally established his own label “Touching Millions & Billions LLC” in 2016. Soon after, he started a non-profit organization “Touching Millions & Billions Foundation” in January 2017. Robbo’s career reach a new height when he got accepted into the Recording Academy. He looks forward to releasing more music in the following years and aims to win a Grammy.