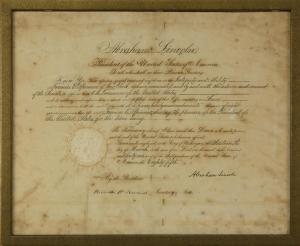 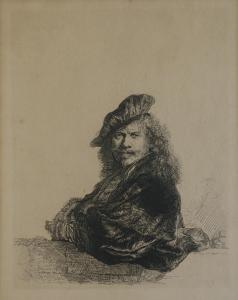 The auction will include two Rembrandt etchings, both signed within the plate, to be sold as single lots. The one here is a self-portrait, titled Self-Portrait Leaning on a Stone Sill (1639) 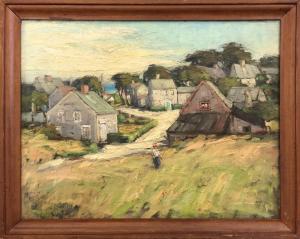 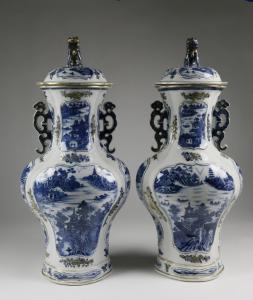 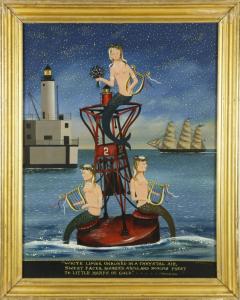 The Day 1 session, on August 7th is titled Americana, Fine Art, Pacific Trade & Décor. Day 2, on August 8th, is titled The Marine Auction — 700 lots in all.

NANTUCKET, MASS., UNITED STATES, July 21, 2021 /EINPresswire.com/ — A Civil War document signed by then-President Abraham Lincoln and a rare 1775 American Revolutionary War Muster Roll are just a couple of the expected star lots in Rafael Osona Auctions’ annual, two-day online auction slated for the weekend of August 7th and 8th, at 9:30 am Eastern time both days. Over 700 lots will be sold.

The auction will be headlined by the Gail and Rich Mellin collection of Chinese export porcelain of Canton design, American furniture, fine arts and décor. The Mellins are esteemed antiques dealers in Canton and export porcelains and are offering Part 1 of their collection from their recently sold Connecticut residence; property from the descendants of Francis Elias Spinner, U.S. Treasurer appointed by Lincoln; and fine antique rugs, China Trade art, and export porcelains from the Marie and Rick Wackenhut collection from the Starbuck East Brick mansion in Nantucket.

The Day 1 auction on Saturday, August 7th, is titled Americana, Fine Art, Pacific Trade & Décor.
The Lincoln signed document with others will be part of the Day 1 offerings, which total more than 500 lots. The Lincoln lot is a signed presidential appointment, naming Francis E. Spinner as U.S. Treasurer, a post he held until 1875. The document, which also has the signature of Secretary of State William H. Seward, plus the Presidential seal, should bring $4,000-$6,000. Two Rembrandt etchings, titled Self-Portrait Leaning on a Stone Sill and The Windmill, descended in the Spinner collection.

An exceptional offering of six original paintings by the noted Nantucket artist Anne Ramsdell Congdon (1873-1958) will come up for bid, an example being an oil on board titled View from Mill Hill, and measuring 14 ¼ inches by 18 ½ inches (sight, less frame). The work depicts a figure, presumably Ruth Haviland Sutton, with Nantucket harbor off in the distance (estimate: $30,000-$50,000). It is a rare event for Osona Auctions to offer six works by this esteemed artist and the offerings happen to coincide with the Nantucket Historical Association’s major exhibit of over 40 works by Congdon titled Anne Ramsdell Congdon’s Nantucket Renaissance.

A featured lot from the Mellin collection is a rare late 18th century Canton fish bowl, 27 inches in diameter, the interior painted with a hills and stream landscape design encircled by multiple borders. It should reach $3,000-$5,000, while an equally scarce, 19th century Canton covered beefsteak platter with hot water reservoir (one of three known), 23 inches long, has an estimate of $5,000-$6,000.

Also from the Mellin collection are two China Trade fans. One, circa 1850, is very fine gouache on paper with carved bone sticks depicting an early view panel of an important seaport. The other, very fine gouache on paper with carved mother of pearl sticks, shows the ports of Macao, Canton and Hong Kong. The reverse of both is a figural Mandarin scene with applied bone painted faces and fabric clothing (each estimate: $7,000-$10,000).

A significant number of Chinese Export porcelains (from a private Nantucket collection) are sprinkled throughout the auction. One standout lot is a gorgeous pair of underglaze blue baluster vases with covers, circa 18th century, both 21 inches tall, with ten cartouche-shaped on versa pieces reserved from a chicken skin ground, applied leopard handles, a foo lion finial and gilt detailing (estimate: $25,000-$35,000).

Period carpets from the Marie and Rick Wackenhut collection, which decorated the recently sold East Brick in Nantucket – one of three mansion homes built by whale oil merchant Joseph Starbuck (1774-1861) for his three sons – will be sold. One is a beautiful antique Serapi handwoven wool carpet, produced circa 1890, measuring 9 feet 5 inches by 14 feet (estimate: $12,000-$15,000). Others are wonderful examples of Heriz, Ferahan Sarouk, and Mahal rugs.

Shellwork include three pairs of 18th century French coquille figures of a man and woman with wood painted faces and hands, arms and legs. They have estimates ranging from $2,000-$5,000.

Day 2 titled The Marine Auction is held August 8th. One expected top lot is the Nantucket birdcage, circa 1870, made from whalebone, cherry wood and antique whale ivory by Joseph Clapp (1825-1909), similar to one in the collection of the Nantucket Historical Association. The wonderfully constructed, 18 inches tall by 18 ¾ inch wide birdcage should hit $25,000-$35,000.

Among the lots of 19th century scrimshaw whale teeth are three examples attributed to the Britannia Engraver from the first quarter 19th century, one depicting a British ship engaged in battle, 7 inches long; a pair of historically important scrimshaw and polychrome sperm whale teeth depicting a 28-star American flag with George Washington, commemorating the annexation of Texas to the United States occurring during the Mexican-American War of 1846 to 1848 by an unknown scrimshander. Both are estimated at $12,000-$18,000.

Internet bidding will be facilitated by LiveAuctioneers.com, Invaluable.com and Bidsquare.com. Phone and absentee bids will be accepted (for more on this, visit www.RafaelOsonaAuctions.com). A live four-day exhibition preview will be held August 3rd thru 6th, from 10 am to 5 pm Eastern time, in the American Legion Hall located at 21 Washington Street on Nantucket Island, Massachusetts.

Rafael Osona Auctions has been recognized since 1980 as a premier dealer in 18th-21st century antiques and arts. The family owned, full-service auction house conducts more than a dozen auctions annually, reaching regional and global buyers. It showcases exceptional decorative and fine arts and is an undisputed industry leader in material related to Nantucket and the maritime.