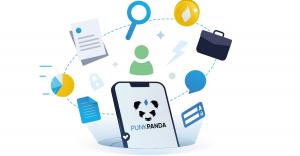 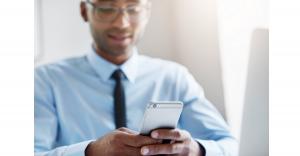 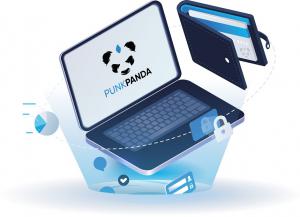 For most of the internet users, online communication services have been an essential part of our life since the invention of internet and instant messaging. They’ve grown to be even more important to us now, especially after the pandemic outbreak made physical interaction a high-risk move for everyone.

But communicating online can just be as risky as communicating offline. Your data might end up being mined by large corporates if you’re lucky. But if you get unlucky, hackers might target you for your passwords, bank details, and sensitive documents through the apps you use. This is why internet users should use communication services that fully respect their privacy and are highly secure.

PandaChat has undoubtedly made quite a splash during its launch and caught the media’s attention, but PunkPanda is not stopping there, as its ultimate goal is to create the “PunkPanda Universe”, a communication ecosystem consisting some of the most frequently used communication tools catering to individual and corporate users. Planned release for the PunkPanda Universe includes email client, webinar, and cloud storage. If successful, PunkPanda will be the world’s first tech company to build an all-in-one encrypted communication platform, creating a diverse line of services available to fulfil the needs of individual and corporate users.

PandaChat situates a solid foundation for the ecosystem

Instant messaging services are some of the most commonly used tools for online communication, which is why PunkPanda began its journey by developing PandaChat, the messaging app that connects all PunkPanda users. PandaChat is a privacy-centric messaging app built on the XMPP protocol that utilizes 256-bit encryption algorithm to protect users’ privacy.

Unlike some of the most popular social media or chat apps, PandaChat does not monitor your conversation or collect personal data as it uses end-to-end encryption to safeguard your messages. Only the sender and designated receiver have the digital key to decrypt the messages. Not even PunkPanda have the key to decrypt anything you send.

Providing a safer and cost-effective email solution for corporate users

As we all know, most if not all of the corporate communications are done through emails, but how can you be sure that your email client is safe enough? PandaPost is the latest addition to the PunkPanda Universe. Like all other services within PunkPanda Universe, PandaPost protected by PunkPanda’s state-of-the-art encryption technology. It allows PunkPanda members to send emails with safety features like “ZAP”, “Radar Tracking”, “Disallow forward”, “Disallow Edit”, and “Custom Terms & Conditions”. As the emails sent through PandaPost can only be read on PandaPost, it ensures that the email contents are safe under PunkPanda’s security umbrella.

To further protect sensitive documents, PunkPanda has embedded a file encryption tool called EMA within its site. To encrypt a file, users can simply drag the files into the encryption area on the page and download the encrypted file. Decrypting an EMA file is similar to the encryption process, users have to drag the EMA file into the decryption area and download the decrypted file. It’s worth mentioning that most of the similar encrypted email clients offer their services for a price, some going as much as $100 a month, but PandaPost will be available for free on basic plan.

PandaMeet’s user interface is designed to be much more user-friendly and more comfortable to learn compared to other conferencing platforms. Non-members can participate in a conference through Guest Login, a feature that we believe would improve anonymity and be very convenient for non-members as well. Some of the most common online conferencing features can also be found on PandaMeet, such as chat room, share screen, password protection, background blurring, and more. Unique features like “Share YouTube Video” or “Start YouTube Live Stream” can also be found on PandaMeet.

PandaVault is essentially an encrypted cloud storage that provides higher security level because it is built on a decentralized infrastructure. However, as this service is still under development, there isn’t much information for us to disclose.

To build user loyalty and reward frequent users, PunkPanda has developed a reward system allowing users to earn reward tokens based on their daily usage of PunkPanda’s services. The tokens can be traded with other users or spent within PunkPanda’s marketplace to exchange for goods and services such as upgraded email storage or cloud storage.

They aims to provide services for all of the most commonly used online communication services and protect its users with its superior encryption algorithm to form an extensive ecosystem that caters to internet users who are seeking for a truly private and confidential communication experience.