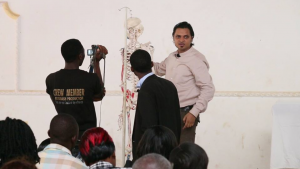 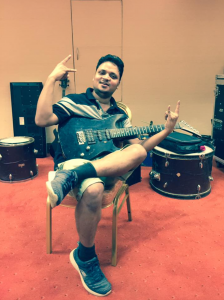 Prof. Krishna N. Sharma strives to create a buzz in the music industry 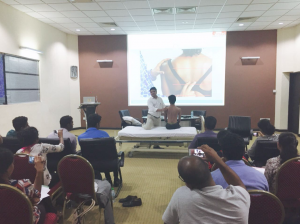 Prof. Sharma teaching at the University of Peradeniya, Sri Lanka

NEW YORK, NEW YORK, UNITED STATES, June 11, 2021 /EINPresswire.com/ — Owning intellectual properties, including over 140 books with more than 30 bestsellers, seems like an old-age retirement dream to most authors. Prof. Krishna N Sharma is an individual who has created them at the age of just 35 years.

The young professor hails from the small-town Muhammadabad Gohna, in District Mau of Uttar Pradesh State in India. After earning his professional degrees in India, he moved throughout different countries for further exposure.

Dr. Sharma’s prolific record helped him climb the ladder of academics quickly and made him the Youngest Vice-Chancellor in the world (2017). He impressively holds eight world records, all of which are related to intellectual properties.

Notably, Dr. Sharma is the first Indian to develop his own school of thought in manual therapy that made it into any national curriculum. His technique “Krishna’s Kinetikinetic Manual Therapy (KKMT)” became part of the National curriculum (HPD) by the Ministry of Higher Education, Cameroon, in the year 2016. Over 50,000 students buy his lectures in more than 170 countries.

Also an artist, Dr. Sharma discovered his potential in music after his first break from Zee Music Company. Since then, he has released over a dozen songs under his own music label, Glare Music International.

“It allows me to travel and spend time the way I want,” he says. “The love I get from the students is icing on the cake.”