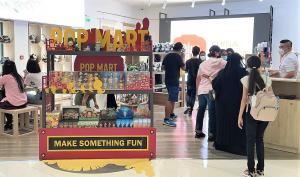 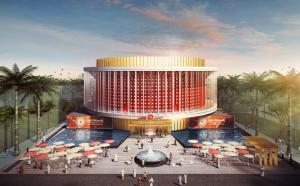 China Pavilion at the Expo 2020 Dubai

POP MART was selected as the designated supplier in Franchise Centre of China Pavilion at the Expo 2020 Dubai from Oct.1st, 2021 to March 31st, 2022.

BEIJING, CHINA, October 13, 2021 /EINPresswire.com/ — BEIJING, China — POP MART, the global culture and entertainment company best known for art toys and collectible toys announced that POP MART was selected as the designated supplier in Franchise Centre of China Pavilion at the Expo 2020 Dubai from Oct.1st, 2021 to March 31st, 2022. POP MART will take this opportunity to showcase the culture of Chinese art toys, fostering culture exchange across the world.

As a leading art toys brand in Asia, POP MART has expanded to over 23 countries and regions, becoming one of the fastest-growing art toy companies in the international toy industry. During the Expo 2020 in Dubai, POP MART will present its most popular collectible toys and “blind box” products, as well as host a “POP DAY”, a special day themed of POP MART to interact with visitors from over 200 countries, presenting art toy culture and trends.

Since being founded in 2010, POP MART has been committed to promoting the culture of art toys and bringing joy to the public. The company has successfully held many POP Toy Shows with international brands and talented designers, attracting worldwide art toys lovers and designers and making The POP MART Toys Shows consistently one of the biggest art toys shows in Asia.