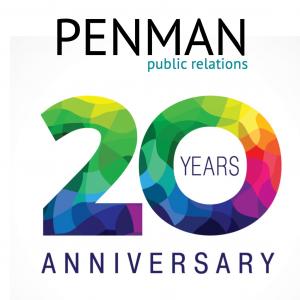 WILMINGTON, NC, UNITED STATES, October 1, 2021 /EINPresswire.com/ — It may be hard to believe, but this year marks the 20th anniversary of Penman PR, Inc. The public relations firm with the differentiated business model and practices was founded in October 2001 three weeks after 9/11.

Penman PR is joined in celebration by the following innovations that were also launched in 2001:

Managing partners Dana Summers and Patti D. Hill are thrilled to celebrate this milestone where they work. The two have made plans to travel to various locations throughout the United States, Canada, and Europe.

Penman PR is differentiated by its services, leadership, methodologies and notable achievements – and the company’s edge, energy and power are as profound as its history. Founded three weeks after 9/11, old PR practices were discarded in favor of those that embrace innovation and entrepreneurship. The company’s seasoned and polished PR professionals understand clients’ and media needs and are well known by both for its home run plays.

Penman PR has been representing complex companies and technologies for 20 years. Additional information about Penman PR is available at: http://www.penmanpr.com/