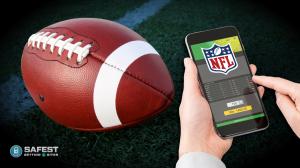 The NFL season officially kicked off on September 9 with the Tampa Bay Buccaneers beating the Dallas Cowboys.

When you’re throwing 49 times, you’re going to have some issues in pass protection.”
— Mike Zimmer

ORLANDO, FLORIDA, UNITED STATES, September 14, 2021 /EINPresswire.com/ — The NFL season officially kicked off on September 9 with the Tampa Bay Buccaneers beating the Dallas Cowboys. That game ended up being one of the best games of the entire weekend, as plenty of blowouts took place.

NFL Week 2 is when things become more evident as teams are just trying to shake off some rust in Week 1. There were some surprising results last weekend, but don’t expect that to be the case all season long.

Once again, the NFL produced plenty of betting action in Week 1, and Week 2 of the NFL season is expected to do the same. Before we look at some of the top Week 2 NFL matchups, it’s essential to review what happened in Week 1.

It was a miserable opening weekend for the NFC North Division as all four teams suffered losses. In overtime, the Minnesota Vikings lost to the Cincinnati Bengals, while the other three divisional teams weren’t very competitive. Vikings head coach Mike Zimmer was none too pleased with his offensive line but put the blame on the play-calling: “When you’re throwing 49 times, you’re going to have some issues in pass protection.”

On the flip side, the NFC West went a perfect 4-0 in Week 1, and that division is expected to be one of the best in the league this season. The AFC West also had a good day on Sunday as the Chiefs, Broncos, and Chargers all came away with a win.

Rookie quarterbacks were the big story in the NFL preseason, but there weren’t many notable performances for that class in the season opener. Bears quarterback Justin Fields and 49ers quarterback Trey Lance each accounted for a touchdown in reserve duty.

When you look at Week 2 NFL odds, you might find that some of the spreads seem a bit off. This is probably because several teams suffered key injuries in Week 1, which will affect the action for Week 2 around the NFL.

The Washington Football Team will be without quarterback Ryan Fitzpatrick, which is one of the biggest blows of the league. Denver looked sharp in Week 1, but they are now going to be without wide receiver Jerry Jeudy for an extended period of time.

When making your NFL picks Week 2 picks, be sure that you take a close look at the injury report to see what players will or won’t be on the field.

A Look at NFL Schedule Week 2

Now is the time to take a look at some of the top Week 2 NFL games. It’s still early in the season, but some notable matchups could affect the playoff races.

The Washington Football Team hosts the New York Giants on Thursday Night Football to kick off week 2. Washington is a 3.5-point favorite despite being forced to play without their starting quarterback.

Both Washington and New York suffered losses in Week 1, but it’s not going to take many wins to come on top of the NFC East Division.

The Buffalo Bills are three-point road favorites in Miami in Week 2, and this is a game with a ton of importance. Miami currently leads the division at 1-0, but the Buffalo Bills were big betting favorites to win that division before the season began.

Buffalo was at home against Pittsburgh in Week 1, but the Bills’ defense completely fell apart. Look for Josh Allen and the rest of the offense to try to simply outscore the Dolphins and win this game in a shootout.

In Philadelphia, the Eagles are 3.5-point underdogs against the San Francisco 49ers. Both teams were victorious in Week 1, and each team put up a ton of points in getting the victory.

Quarterback Jalen Hurts put up some monster numbers for the Eagles in Week 1, but he is now going against a great defense in San Francisco. The 49ers looked sharp for at least three quarters in Week 1 but also faced the lowly Detroit Lions.

The New Orleans Saints were perhaps the most impressive team in Week 1 as they dismantled the Green Bay Packers in a game that was played in Jacksonville. New Orleans is now a 3.5-point favorite on the road against the Carolina Panthers.

The most anticipated game on the Week 2 NFL schedule will take place on Sunday night as the Baltimore Ravens host the Kansas City Chiefs. These are two of the top teams in the AFC, and this game could be a potential playoff preview.

This game will also feature two of the best quarterbacks in the league as Patrick Mahomes of the Chiefs will take on Lamar Jackson of the Ravens. Baltimore wants to run the football while the Chiefs feature an explosive passing attack.

If you look at the NFL betting sites, you can see that Kansas City is currently a 3.5-point favorite over Baltimore.