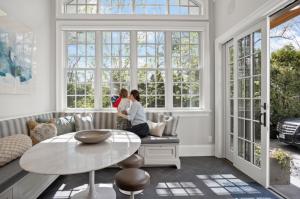 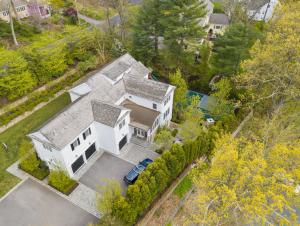 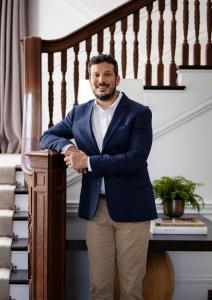 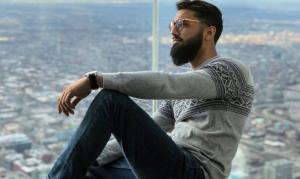 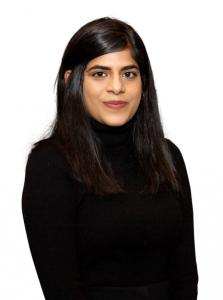 BOSTON, MA, UNITED STATES, December 28, 2020 /EINPresswire.com/ — As we round out 2020, New England Design & Construction (NEDC) has been selected as one of Boston’s premier Architectural Design Build Firms by Boston Architect – www.bostonarchitect.org.

A uniquely creative Architectural Design Build firm grounded in sustainable aesthetics and luxury home design, NEDC recently began designing and retrofitting a client home in Somerville, Massachusetts to Passive House standards–a challenge that is ground breaking even for Boston, a city known internationally for its willingness to push boundaries and innovate.

A multi-ethnic, young, talented team of creatives with diverse backgrounds stand proudly at the core of NEDC’s design team–many whose families immigrated to New England over the past few generations from a varied array of cultural backgrounds. These creative artists and artisans have since risen through some of Boston and New England’s top design universities and Architectural schools–they are now remaking environmental awareness and sustainable design standards.

NEDC Designs are characterized by reclaimed wood, open spaces, natural light and minimalistic beauty as they seek to reduce the carbon footprint and reverse the impact of human dwelling design on the environment–all while producing a unique and striking elegance for their clients. Having designed and built multiple celebrity and high-end luxury homes in Boston, NEDC’s creative team is in high demand with a waiting list that is steadily growing.

The Faces of NEDC:

David is a graduate of Tufts University with a degree in Architecture. A standout Lacrosse player in college, David proactively took a job as a carpenter after graduation to round out his Architectural theory with an ability to actually build. In California, he further trained as an architect for three years, designing, directing, and managing 50- 100,00 square foot renovations. David founded New England Design & Construction in 2005 and the company has grown every year since. David’s mother’s family originally immigrated from Puerto Rico to outside New York. Raised in New England–David is now a proud father of two little ones and has been directly involved in over 100,000 square feet of home design and renovation projects over the years in Cambridge, Wellesley, Back Bay, Brookline, Chestnut Hill, Somerville, and throughout the GBA. These projects have been featured in local media, including Modern Luxury Boston Common, Remodeling Magazine, Boston Voyager, and The Boston Globe. A passionate humanitarian, David and NEDC’s recent caring community work in Boston during Covid has been featured on NBC10, NECN and Boston25. NEDC was recently awarded a Guild Quality with Distinction award and continues to initiate and drive generous pro bono work in the Boston community.

Jamaal is an award-winning graduate of the Boston Architectural College with a degree in Architecture and an elegant, sophisticated style all of his own. Jamaal has pursued and accomplished his childhood dream of becoming a successful and well-rounded designer with a vibrant creative flair that is evident in his work. He is passionate about sustainable design and has over a decade of experience of working on standout residential, commercial and religious projects. Jamaal’s standout design aesthetic and thirst for the exceptional has driven him to craft multiple, award-winning design build projects which now stand as stunning Boston family homes.

Ms. Kulkarni originally hails from Punce, India as a practicing Architect and joins the NEDC team with a Masters of Science in Sustainable Design from Thomas Jefferson University in Philadelphia. Ms. Kulkarni has worked creatively in sustainable design in both New York and Philadelphia.

Grady’s architectural and building experience has roots in over thirty years within the design and construction industry. He earned his architectural license in 1996 after graduating from Temple University and has worked on a variety of commercial and residential projects for offices located in Maine, New York City, Philadelphia, and Boston. The focus of Grady’s work has been in the single-family and multi-family residential markets–from publicly-funded affordable housing to high-rise luxury condominiums. He recently completed design and construction on his own vacation house in Maine where he joined the construction team hands on to fully appreciate what it means to take a project through all phases of development. Amongst his specialty projects, Grady is now design lead on an NEDC Passive house design and refit in Somerville, Mass.

Recently Featured NEDC Project: Colonial Mansion, Wellesley Massachusetts.
This 7,246 square foot Colonial mansion was constructed in 2011 by MLB outfielder Carl Crawford during his unexpectedly brief tenure with the Boston Red Sox. The newly-built, five-bedroom, six-bathroom mansion in Wellesley included a game room, batting cage and full home theatre. In a turn of fate, Crawford’s contract was purchased by the Los Angeles Dodgers midseason and the home was suddenly put on the market. The challenge suddenly became how to adapt this custom home to a proper family dwelling–now home to several small children.

NEDC and David Supple designed a custom home addition entrance that would step down as a gradual transition from the interior living spaces of the home into the tranquil sanctity of the landscaping–while acting as a warm receipt point for guests and family entering the home. A custom, upholstered banquette provides for a variety of functions–from casual dining and work from home to children’s play. The custom addition, while smaller than the initial home construction footprint, plays a prominent role in visitors’ initial view of the home. The barrel copper roof is a striking custom design feature and in keeping with the traditional Boston architecture of the home; it is reminiscent in a way of the Massachusetts State House–elegant yet warm and inviting. As an additional touch, the cantilevered exterior roof is a rich mahogany.

As one steps into the home, the beautiful curved plank ceiling is highlighted by a stunning light fixture reminiscent of a starry constellation. The stone parquet floor tile is elegant and lends beauty to this transition space as one enters the home. Tall windows fill the exterior walls, flooding the interior with natural light and giving one a glimpse of the exceptional external beauty and tranquility the property affords.