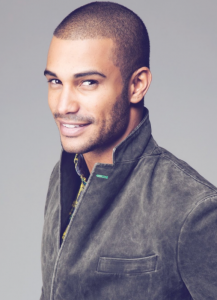 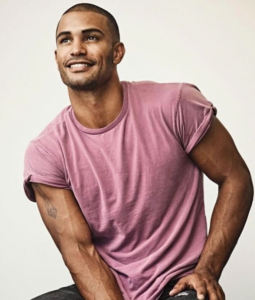 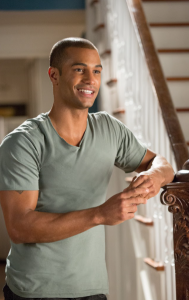 As 2020 draws to a close, viewers are greeted with a holiday lineup of movies to provide them with an escape as families spend more time together at home.

SAN FRANCISCO, CA, UNITES STATES , December 30, 2020 /EINPresswire.com/ — Nathan Owens, the Batwoman Co-Star, comes, “Home for the Holidays” in Ion’s movie, “The Christmas Sitters.” Two parents who face flight delays on a return trip from Europe double book two incompatible baby sitters to look after their dog and two kids. The dad’s guitarist half-brother, Max, played by Nathan Owens, and the mother’s BFF lawyer friend, Nora, played by Tristin Mays, get off to a rocky start, but soon, things get exciting, and an attraction grows.

Nathan John Owens is an American actor, model, and producer and best known for his portrayal of Cameron Davies on the soap opera Days of Our Lives. He’s also a series regular as Jesse Morgan on the Lifetime comedy-drama series, Devious Maids. His character in this series is described as a handsome military vet who returned to the US and settled back into civilian life.

Owens was born in Daly City, CA, and went to school in the bay for a time before moving to Sacramento, where he went to school in the Natomas and Roseville areas. An outstanding student-athlete, he maintained an excellent GPA while also captain of both Basketball and Volleyball teams. Nathan Owens made the Who’s Who list for high school students for academics and leadership with the DARE program.

Nathan Owens went to Sacramento State University for a couple of years before dropping out for financial reasons. He made his foray into the world of fashion, working as a model. After being influenced by his sister, he approached Ford models, who signed him to their books. Within a few months, Owens booked his first major modeling campaign in New York. He has appeared in several issues of GQ, in addition to many commercial and print campaigns for Polo, Izod, Sperry, and the Gap. He also has the distinction of being only the second African-American to be featured in a fragrance campaign for Polo Ralph Lauren Big Pony.

Nathan then moved to LA to pursue his hosting and acting career.

His acting career took off in December 2012 when he was recast in the role of “Dr. Cameron Davis” on the long-running soap opera “Days of our Lives.” Within nine months, he was released from his contract. Nathan Owens was later accepted to ABC’s Diversity Showcase, where he joined the cast of Devious Maids for its third season in Jesse Morgan’s role. His character was described as “a handsome military vet who returns stateside to settle back into civilian life.

In 2020 Owens landed the role of the character of Ocean on the Batwoman series, and he is now the lead character in “The Christmas Sitters.”
When not playing basketball, volleyball, or snowboarding, surfing, golfing, or biking, he’s a talented guitar player and singer who has some moves on the dance floor. He currently resides in Santa Monica but spends most of his time in San Francisco and Sacramento with close friends and family.