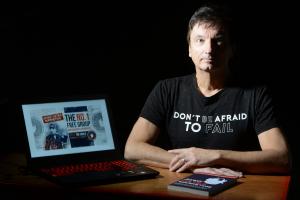 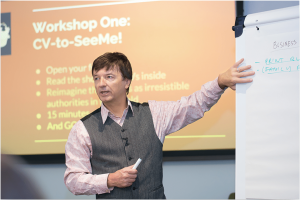 SUTTON COLDFIELD, UNITED KINGDOM, December 18, 2020 /EINPresswire.com/ — Things don’t always turn out the way you’d expect them to, and even when ink has dried on a contract, there will still be twists of fate waiting to turn things on their head. Business coach Jonny Cooper knows this better than most, having once sold an eight-figure business to a PLC in a deal that, quite unexpectedly, left him crippled with debt. Initially, the deal promised him a multi-million pound pay-out. But, when the company he sold to went out of business just 18 months after signing, he ended up receiving only a fraction of the money. While several years of significant financial strain followed, he has since been able to pick himself back up and start again, and can now talk openly about his experience and the mistakes he made.

In the meantime, though, he had to declare bankruptcy, after the costs of living as a millionaire before he had actually become one mounted. You see, the deal Jonny had signed would see him paid in stages and looked set to bring his days of hard work to an end. So, knowing how much he was due to get, he moved in to a £1.2 million house and was driving a Ferrari and a Maserati. This meant that, when the money very suddenly dried up, he was left deep in debt.

“It was all yet-to-be-earned money,” Jonny explains. “The money I did receive from the sale all went towards existing debts, and the rest never materialised.” But, rather than let this heavy financial burden ruin him, he drew on his past experience of starting and running a lucrative business in order to build something new. From this determination came his current endeavour, Jonny Hates Marketing, which is a coaching service that helps entrepreneurs expand their reach, up their income, and work from wherever in the world they choose. He can also quite proudly call himself a bestselling author, whose dedication to helping businessowners live a life of effortless abundance has helped many on the path to success – himself included.

To learn more about Jonny Cooper, his story and his work, visit www.jonnyhatesmarketing.com.