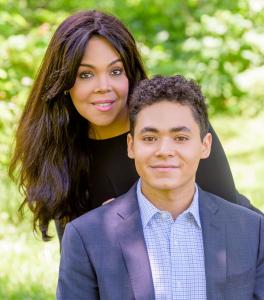 PHILADELPHIA, PA, USA, June 9, 2021 /EINPresswire.com/ — Muhammad Ali’s daughter and grandson are available for news interviews about the première of a documentary film, entitled, “City of Ali,” which is being released during the 5th annual observance of the death of the three-time world heavyweight boxing champion, known as, “The Greatest.”

Five years ago, on June 10, 2016, Muhammad Ali was laid to rest in his hometown of Louisville, KY. On June 3, 2016, he died in a Scottsdale, AZ hospital of complications related to Parkinson’s Disease. Ali was 74.

Available for interviews are Khaliah Ali, 47, and her son, Jacob Ali-Wertheimer, 22, both of Philadelphia.

Mother and son are also available to discuss the continuing struggle for equality and justice in America; their responsibilities of carrying-on the family legacy of civil and human rights activism; human rights violations in Africa’s diamond-mining regions; the environmental impact of diamond-mining; Pandora Jewelry’s decision to remove earth-mined diamonds from its inventory; and the plight of Parkinson’s Disease patients.

Ms. Ali is a board member of Philadelphia’s Juvenile Law Center and is involved with an array of global humanitarian causes.

Jacob is a May 2021 graduate of Harvard University with a B.A. in Government and African-American studies. He plans to pursue a career in law. He is actively involved in the Equal Justice Initiative. It is a non-profit organization that provides legal representation to prisoners who may have been wrongly convicted of crimes.

This week in Louisville, the city is staging a week of arts and cultural events that are intended to encourage and inspire people to maintain the legacy of Ali’s global humanitarianism.

The festival is being held at the 97,000 square-foot, six-story-tall, $80-million Muhammad Ali Center. It is a museum and cultural arts center located along the banks of the Ohio River.

The festival includes the premiere of the documentary film, entitled, City of Ali. It chronicles Muhammad Ali’s life and the days following his death through the day of his funeral and the procession through Louisville, which attracted 100,000 on-lookers and a global television audience of billions of people.

Ali and his wife Lonnie relocated from Berrien Springs, Michigan to Phoenix, Arizona in 2005 so he could receive the best-possible medical treatment for Parkinson’s Disease from doctors at Phoenix’s Barrow Neurological Institute, where the couple established the Muhammad Ali Parkinson Center.

“Today marks five years since my grandfather’s passing,” Jacob Ali-Wertheimer said. “It is a day that, for me, normally is one of the most difficult days of the year. My grandfather’s voice, which he used to speak against bigotry and hate, is needed more now than ever before.”

Khaliah Ali says she and her son are carrying-on Muhammad Ali’s legacy of global citizenship. She emphasizes her understanding of the outrage over the rash of recent police-involved shootings of African-Americans across the U.S. in 2020-2021 and the May 2020 strangulation death of George Floyd in Minneapolis but she denounces violent protests and vandalism.

“While my father was a boxer — punching, jabbing and knocking-out his opponents in the ring — he was not a violent man,” says the Philadelphia native. “My father fought racial inequality and injustice through peaceful protest. He always stressed the importance of abiding by Martin Luther King’s credo, “No building will be burned; no store will be robbed; nobody will be hit, punched or beaten.”

Jacob says he disagrees with the violence and vandalism, but explains, “My generation of young Americans is frustrated. Many of us believe that vigorous protest is the only method of generating attention and gaining results.”

On May 22, 2021, the volcano at Mount Nyiragongo, in the Democratic Republic of the Congo, erupted. At least 32 people are reported dead. Tens-of-thousands of people continue fleeing the area near the city of Goma.

Ms. Ali, who has been involved in humanitarian relief and human rights activism efforts in the Congo, where her father won the famous, “Rumble in the Jungle” boxing match with George Foreman, 47-years-ago, has reached-out to several emergency relief organizations to lend her voice and support to fundraising efforts. Among those organizations on-the-ground in the Congo is the Norwegian Relief Council.

“My father won the Olympic Gold Medal in Boxing in 1960 and became a global headline; honored by competitors and the sporting world, but, as the New York Times reported, he was known by many whites in Louisville as, ‘The Olympic Nigger,’ ” recites Ali.

She continues, “Lore has it that shortly after his return to Louisville from the Olympics my father was refused service at a local restaurant – a common practice in racially-divided Kentucky.

My father exited the restaurant and was reportedly harassed by police as he walked across the city’s Second Street Bridge. Once police passed him, in disgust, my father reportedly threw his gold medal into the Ohio River. He came to realize that his hopes of winning the gold medal did not give him the respect he had hoped for; that he was still a black man in a white world.”

Ms. Ali concludes, “My father came to realize just how widespread bigotry is in America. That was a life-defining and transformative moment.”

While we have seen many changes to racial inequality in America since 1960; some things, haven’t changed, according to Ms. Ali.

When Muhammad Ali was 12-years-old, his new red Schwinn bicycle was stolen.

Ali reported the crime to a police officer. He stated that he wanted to “whup” the thief.

The white policeman was Sergeant Joe Martin, who trained boxers at the local chapter of the Police Athletic League.

He encouraged Ali to learn how to fight and taught him boxing. That’s how Ali began his boxing career.