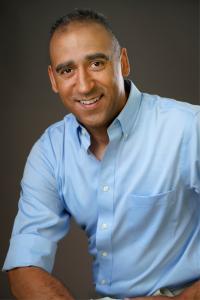 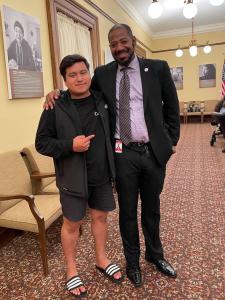 The 9th Ward is at a critical moment in its troubled history. Now is not the time to elect a City Council representative who needs a crash course in ethics or on-the-job training.”
— Mickey Moore

MINNEAPOLIS, UNITED STATES, July 20, 2021 /EINPresswire.com/ — “In recent days, Minnesota Gov. Tim Walz, Lt. Gov. Peggy Flanagan, and a host of local and state political leaders from both parties have called for the immediate resignation of Rep. John Thompson (D-St. Paul) in light of the many questions surrounding his residency, failure to pay child support, and past multiple allegations of domestic abuse.

“As Rep. Thompson’s legislative assistant, Ward 9 Minneapolis City Council candidate Jason Chavez also has some serious explaining to do to prospective voters in our city regarding his close working relationship with the embattled state representative.

“Either Mr. Chavez has known all along that Rep. Thompson was not living in the district he represents, or he was being fooled and is easily manipulated. Either Mr. Chavez was aware of the character issues that have plagued Rep. Thompson for more than a decade, or he willingly turned a blind eye to further his own political ambitions. Either Mr. Chavez wrote media statements defending Rep. Thompson, or he stood idly by and allowed press materials to be crafted and distributed to the news media that perpetuated the fraudulent narrative that finally caught up to Rep. Thompson.

“As a City Council candidate for Ward 9, I believe a smarter, more experienced legislative assistant would have had the strength of character to recognize such serious problems, immediately resign, or at the very least, separate himself from such a toxically disturbing set of allegations…but not Jason Chavez. In fact, Mr. Chavez has yet to even issue a statement denouncing Rep. Thompson’s alleged behavior.

“This is why I am calling for Mr. Chavez to immediately withdraw his candidacy for Minneapolis City Council. The 9th Ward is at a critical moment in its troubled history. Residents and business owners cannot afford to gamble on someone who cannot recognize right from wrong or who does not have enough real-world experience to know how to properly conduct himself when adverse conditions arise. Now is not the time for a crash course in ethics or on-the-job training. The 9th Ward and the city of Minneapolis deserve City Council representatives with integrity and proven leadership skills who always stand up for what is right, even when it’s not politically expedient to do so.”