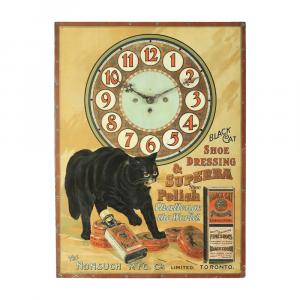 Important Black Cat Shoe Polish clock (known to collectors as “The Black Cat Clock”), one of the most significant examples of Canadian advertising ever produced (est. CA$9,000-$12,000). 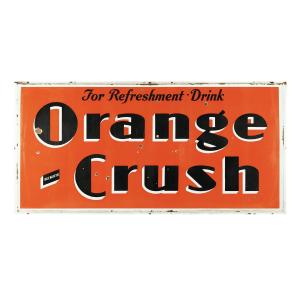 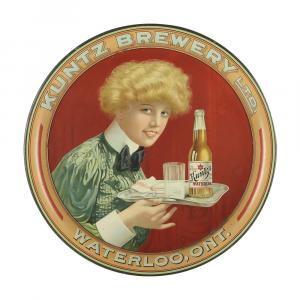 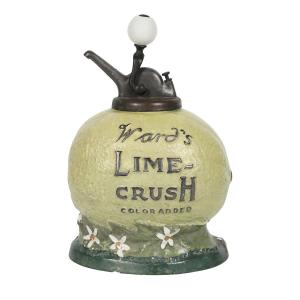 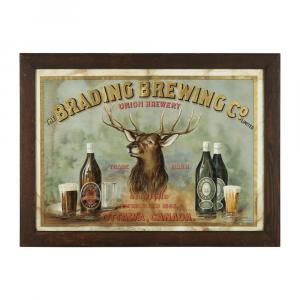 The 650-lot sale will be headlined by the Peter Rea breweriana collection. Internet bidding is provided by LiveAuctioneers.com and the Miller & Miller website.

We’re featuring an outstanding cache of general store advertising that ranges from overalls to soda. It’s clean, fresh to the market and offered without reserve. Collectors will have their pick.”
— Ethan Miller

The 650-lot sale will be headlined by the Peter Rea collection. “Fans of breweriana will quickly recognize that ‘condition’ is the common thread in what Peter Rea collected,” said Ethan Miller of Miller & Miller Auctions, Ltd. “Never have I met a collector so focused on perfection.”

Mr. Miller added, “We’re also featuring an outstanding cache of general store advertising that ranges from overalls to soda. It’s clean, fresh to the market and offered without reserve. Original, unrestored advertising is hard to find these days. In this sale, collectors will have their pick.”

Categories will include advertising signs, advertising tins, breweriana, stoneware, automobilia, general store, tobacciana, railroadiana and more. Internet bidding will be facilitated by LiveAuctioneers.com and the Miller & Miller website, www.MillerandMillerAuctions.com. Bidders will be able to tune in to the live webcast on June 19th to watch lots close in real time.

With a robust pre-sale estimate of $9,000-$12,000, the Black Cat Shoe Polish clock may end up being the top lot of the auction. It’s considered one of the most significant examples of Canadian advertising ever produced. The piece depicts a black cat, its jaws and whiskers erect, engaging with the product in pursuit of something beyond. It boasts, “Leads all others / Challenge the world to produce its superior” and is marked lower left, “MacDonald Mfg. Co. Ltd., Toronto”.

All estimates quoted in this report are in Canadian dollars.

The circa 1938 Orange Crush porcelain sign, although not marked, is certainly a product of St. Thomas Metal Signs, Ltd. (Canada). The store side sign is made from self-framed heavy-gauge pressed steel with heavy-shelved porcelain. The script reads, “For Refreshment Drink Orange Crush”. The seldom seen sign, not a common Coca-Cola variation, should bring $4,500-$6,500.

The Kuntz Brewery beer tray is among Canada’s most sought-after beer trays. It earned the nickname “The Bologna Girl” because the subject, a young woman, is shown serving a bologna sandwich alongside a bottle of Kuntz Export Lager. The tray, 13 ¾ inches in diameter, is marked, “Kaufmann & Strauss Co. N.Y.” It carries a pre-sale estimate of $4,000-$6,000.

A Peabody’s Overalls single-sided porcelain sign from the 1910s (“Wears like a pig’s nose”), considered one of Canada’s great general store porcelain signs, 15 ¼ inches by 48 inches, with the Peabody’s crown (symbolizing “Railroad King”) should finish at $3,500-$5,000. Also, an 1890s Ogilvie’s Flour Mills framed paper lithograph under glass, with detailed images of Ogilvie’s five operational flour mills in Canada, is expected to hammer for $3,000-$5,000.

An American 1920s-era Ward’s Lime Crush syrup dispenser, the rarest of the three Ward’s figural syrup dispensers, 14 inches tall, with the rim marked, “Design Patent Pending”, has a pre-sale estimate of $4,000-$5,000; while a 1940 Canadian double-sided, wall-mounted porcelain flange sign advertising Coca-Cola, measuring 19 ¾ inches by 17 inches and marked on the lower edge of one side, “VILAS 1940 Made in Canada”, should find a new owner for $2,500-$3,000.

A Kuntz Park Brewery lithographed paper, extremely rare, featuring a vignette of the Waterloo (Canada) brewery, followed by photos depicting the various equipment involved at each stage of the brewing process, framed, should reach $2,500-$3,500. Also, a 1930s-era Western Pacific Railroad single-sided porcelain sign (American), for the Feather River Route rail line, built between 1906-1909, connecting Oakland and Salt Lake City, has an estimate of $1,500-$2,000.

Two very different lots have identical estimates of $2,000-$3,000. The first is a Planters “Mr. Peanut” parade costume from the 1930s, made from painted fiberglass and standing 55 ½ inches tall. The suit has some splits, craze and surface scratches, mainly in the hat’s top and brim. The second is an ornate Cutler solid brass and glass chute window. The chute once adorned the lobby of an apartment building and is tagged “The Cutler Mailing System” with patent dates to 1914.

Miller & Miller Auctions is Canada’s trusted seller of high-value collections and is always accepting quality consignments. The firm specializes in watches and jewelry, art, antiques and high-value collectibles. Its mission is to provide collectors with a trusted place to buy and sell.

To consign a single piece, an estate or a collection, you may call them at (519) 573-3710; or, you can e-mail them at info@millerandmillerauctions.com. To learn more about Miller & Miller Auctions, Ltd. and the Advertising & Breweriana auction scheduled for Saturday, June 19th at 9 am Eastern time, please visit www.MillerandMillerAuctions.com. Updates are posted frequently.