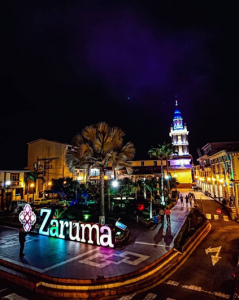 Zaruma, one of Ecuador’s 5 UNESCO World Heritage Sites & the world’s pinnacle and most impactful source of deadly toxic mercury polluting the Amazon rivers 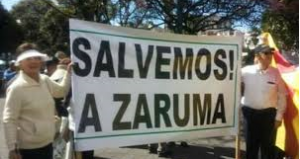 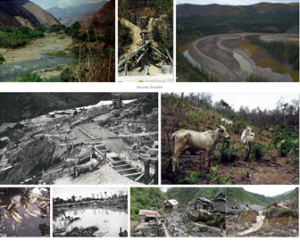 We propose to use a solution extracted from plants, bitter cassava, as a gold leaching lixiviant for the first time in the history of the mining industry

We propose to use a solution extracted from bitter cassava plants, a cyanogenic plant-based extract as a gold leaching lixiviant for the first time in the history of the mining industry.”
— Dr. Marcello Veiga, P. Eng. Professor Emeritus (UBC)

There are ~ 18 – 20 million impoverished ASG miners in ~ 80 Countries including ~4.5 million women and ~600,000 children under the age of 15 all largely having undiagnosed mercury poisoning from using handling and breathing mercury which they use to form an amalgam with gold in crushed ore.

ASG miners heat the amalgam to a high temperature using blowtorches vaporizing the amalgam leaving behind a gold button while exposing them and our environment to deadly toxic mercury pollution documented by Oxford University earth scientists in 2021 to stay airborne up to one year.

The gold button which contains ~ 5% mercury is sent to an artisanal smelter for refining by heating the button to a high temperature creating more deadly localized mercury pollution. ASG miners produce 20% of the world’s gold supply used in our jewellery, our iPad’s, iPhone, computers, and other electronics devices.

The morbid irony lies in the fact the same mercury that is vaporized to extract the gold used in our jewellery, iPads, iPhones, computers, and other electronics devices is polluting the air we all breathe, contaminating our drinking water, polluting the Oceans we swim, poisoning the fish we consume causing health issues, and global biodiversity destruction.

A high price to pay with devastating consequences when there are mercury free alternatives.

Eighty percent of the global artisanal gold supply is produced from processing centers which are largely responsible for their collective discharge of 2,000 tonnes of mercury annually; not the wrongly accused informal ASG miners which produce only 20% of the gold.

December 17, 2020, UK Super Mega Rock Star @robbiewilliams reported he ‘almost died’ from mercury poisoning over his seafood habit. He had the highest level of mercury in his body ever recorded in UK.

Mercury is a precursor to Methylmercury, an even deadlier neurotoxin at 100 times more potent than elemental mercury, and with unknown biomagnification effects.

Methylmercury is produced by human bacteria upon contact or inhalation, and anaerobic microbes in a moist environment such as the Amazon.

Both mercury and Methylmercury penetrate the blood brain barrier, the placenta, and the central nervous system.

To make a sustainable change we, the Company, have initiated climate action in Ecuador’s Portovelo-Zaruma mining district 1,200 meters high up in the Amazon Andes.

We are in advanced discussions with several APROPLASMIN* Members including their President elect “hopeful” to whom we have provided preliminary design schematics to convert an existing center and prototype the world’s 1st mercury free 60 tonne/day state-of-the-art ore and tailings processing center.

This toxic pollutant is laden with 222 kg of mercury providing mobility for mercury, 2,033 tonnes of cyanide, mercury-cyanide complexes, arsenic, lead, and other heavy metals.

The pollutant is fluvially dispersed zigzagging down the Andes throughout the Amazon rivers killing all local biota, contaminating the riverbanks and soil, poisoning local terrestrial species, and contaminating drinking water to empty into the Pacific Ocean 350 Km west, poisoning the tuna fish we consume where mercury bioaccumulates the most.

These centers are also collectively responsible for the annual release 303 kg of mercury vaporized to our environment from burning the mercury gold amalgam to extract the gold.

“We propose to use a solution extracted from bitter cassava plants, a cyanogenic plant-based extract as a gold leaching lixiviant for the first time in the history of the mining industry”

aiming to mitigate further human and child in utero health threats, local and global biodiversity destruction from this center first.

The manipueira processing center will be equipped with innovative technologies incorporating processes based on years of R & D at the University of British Colombia (UBC) Norman B. Keevil Institute of Mining Engineering.

We’re seeking social awareness and Impact Investment Capital to fund our climate action initiative to implement our Tailings Remediation Action Plan (TRAP) innovation in Zaruma to eliminate the use of mercury in ore processing with an aim to mitigate further human and child in utero health threats, local and global biodiversity destruction.

Support our Call to Action.

Pollution moving around the globe