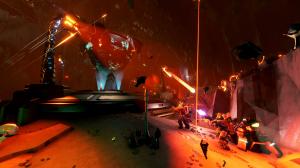 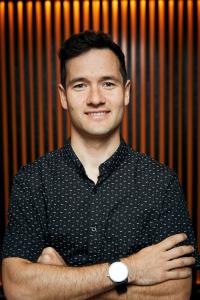 New financing to power adoption of user-generated content, consumer spend on UGC predicted to top $25b globally by 2025

MELBOURNE, AUSTRALIA, November 10, 2021 /EINPresswire.com/ — mod.io, the leading platform connecting game studios with community driven user-generated content (UGC), has secured US$26m in its latest round of investment. The funds will be used to further build upon a vision to evolve collaborative digital play, a passion shared by new investors, led by Tencent, who join LEGO Ventures, OIF Ventures and existing investors Makers Fund, Play Ventures, Sequoia Capital India’s Surge and GameTech Ventures in the round.

Within an industry set to surpass $180b annually in 2021, popularity of UGC in video games continues to grow rapidly. mod.io predicts that by 2025, $1 in every $10 spent on video games will be spent on UGC, a 400 percent increase of estimated spend in 2021. UGC would then top $25b globally by 2025. Yet so much of the value modders create lives on the fringes – out of reach for most studios and players. By making mod support easy for studios to adopt and embed within their games and communities, mod.io enables and empowers the next generation of creator-driven economies.

“The metaverse will be built with UGC as foundational components. Player-made content, hand in hand with professional content, made by game studios. Our goal at mod.io is to enable games to launch their own creator economy, providing studios with the building blocks wanted and needed by players,” said mod.io CEO and Co-Founder Scott Reismanis.

As digital play transitions into increasingly social play experiences, game studios are recognising the value and the engagement mods provide. The shift is driven by a growing community demand for deeper personalization, delivering breadth of content and creativity. By actively embracing UGC, studios are choosing to focus on nurturing a stronger relationship with their players.

Bo Wang, Corporate Vice President of Tencent Games said,
“At Tencent, we believe that UGC drives innovation in gaming. Many of the largest video game genres today started out as UGC, or mods, built by enthusiasts on top of existing products. For over two decades, Scott and his team have been instrumental in supporting the growth of this community. As a stakeholder in the future of this industry, Tencent is proud to support mod.io on its path to unlock creativity across the gaming ecosystem.”

Rob Lowe, Managing Director of Digital Play, LEGO Ventures said,
“The awesome team at mod.io have created a UGC platform that allows any game to be rebuilt and adapted by the player. We believe this is a great example of the core LEGO idea applied to digital play, and we are extremely excited to support mod.io as they further expand the platform, community and range of games utilising this highly promising technology.”

“Our shared vision with our investors is to help game studios harness the power of their communities’ creativity. Securing this milestone investment helps us develop our existing platform, expand our team, and continue to provide the best modding service for developers, creators and players alike,” adds Reismanis.

Since its launch in 2019, mod.io has been used by more than 80 games including Deep Rock Galactic, Humankind and SnowRunner to grow their creator communities, pioneering the adoption of mods in games spanning PC, console, mobile and VR platforms. Each month, more than 20 million pieces of unique user-generated content are distributed using mod.io to over 3 million players. Annually, that’s hundreds of millions of pieces of content, made by fans, shared with their community, and supported by the developer whose product continually evolves.

Game studios praise the role mod.io has played in helping to further a connection with their community. Over 500 mods have been downloaded 1.4 million times since Ghost Ship Games’ Deep Rock Galactic launched in-game mod support on Steam and Xbox in September 2021.

“Collaborating with mod.io has been a great experience, and we are very satisfied with the integration and player experience mod.io as a platform provides to the game. It also became clear to us that mod.io is working hard to constantly improve their platform, which shows significant promise for the future of the service,” said Søren Lundgaard, CEO Ghost Ship Studios, creators of Deep Rock Galactic.

Fast facts about mod.io and UGC
– 20 million pieces of user-generated content are distributed monthly using mod.io, to over 3 million players.
– In 2021, mod.io experienced 300% YoY growth with 177 million mods downloaded year to date.
– mod.io was the first to launch cross-platform mod support in SnowRunner, Skater XL, Space Engineers and TABS on Xbox and PlayStation as well as PC.
– mod.io supports more than 80 different games, across 11 platforms and stores.

To find out more visit mod.io.

About mod.io
mod.io is the leading user-generated content (UGC) platform for game studios and publishers. Created by the team behind ModDB, the mod.io founders bring decades of experience to game developers that want to enable their community’s creativity across PC, console and mobile. Since its launch in 2019, mod.io has been used by more than 80 games to power their mod and creator communities, with 450,000 users accessing the platform daily. mod.io offers an automated, scalable, easy to implement platform that unleashes the goodwill and growth UGC can drive, and is designed for the modern game that values long-term user engagement and creator economies.