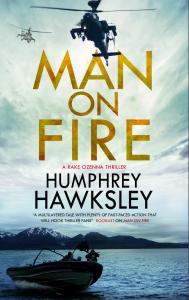 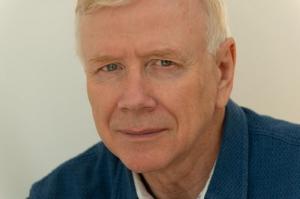 Rake Ozenna hunts a weapon of unimaginable power
Its purpose — to destroy governments from within.

LONDON, ENGLAND, July 20, 2021 /EINPresswire.com/ — A tense firefight on the Russian-American border heralds the start of a terrifying high-stakes assignment for special forces Major Rake Ozenna in this gripping espionage thriller.

Rake’s mission takes him to a settlement on the Russian coast where he uncovers evidence of a weapon that would cripple civilization as we know it.

But where is the weapon now? Who possesses it, and what is their ultimate goal?

As world leaders gather for the signing of a new European security treaty, Rake enters a desperate race against time to prevent a catastrophe beyond imagining.

This taut international spy thriller will keep readers gripped to the end. Impeccably researched and highly topical, it is perfect for readers of VINCE FLYNN, BRAD THOR and LEE CHILD.

Praise for MAN ON FIRE from Experts
The terrifying truth is that events like what almost happens here could very well happen in the real world. Sir Oliver Letwin, former British cabinet minister, author Apocalypse How
Told with flair and attention to detail, this is every strategic planner’s worst nightmare. ― Dr. Peter Vincent Pry, Director, Task Force on National and Homeland Security, author The Power and the Light

Rake Ozenna, is smart and tough, and we’re glad to have him on our side.
Nelson de Mille

And For The Series:
A multi-layered tale with plenty of fast-paced action that will hook thriller fans’ – Booklist on Man on Edge

A hard-as-nails hero, an out-of-the-ordinary location, and oodles of high-action encounters – everything readers want in a political thriller’ – Library Journal on Man on Edge
A thriller reminiscent of Alistair MacLean and Hammond Innes Crime Review on Man on Ice
‘The pace is furious, the casualty list breathtaking’ – Kirkus Reviews on Man on Edge

‘Authentic settings, non-stop action, backstabbing villains, and rough justice … keeps you ready for the gut punch’ – STEVE BERRY, NYT-bestselling author on Man on Ice
The scene-setting is vivid, the geopolitics a balanced backdrop – Financial Times on Man on Edge
Hawksley’s excellent idea is to move the battleground from Eastern Europe to the Arctic north – Thrill-er of the Week, Mail-on-Sunday on Man on Ice

Humphrey Hawksley is an award-winning author and foreign correspondent whose assignments with the BBC have taken him to crises all over the world. His Rake Ozenna series originated when reporting from the US-Russian border during heightened tension. He has been guest lecturer at universities and think tanks such as the RAND Corporation, The Center for Strategic and International Studies and MENSA Cambridge. He moderates the monthly Democacy Forum debates on international issues and is a host on the weekly Goldster Book Club where he discusses books and talks to authors. He has presented numerous BBC documentaries and his latest non-fiction work is Asian Waters: The Struggle Over the Indo-Pacific and the Challenge to American Power.

Full information of his work and more photographs are on www.humphreyhawksley.com

We look forward to the coverage!