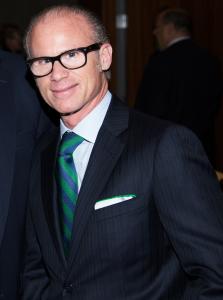 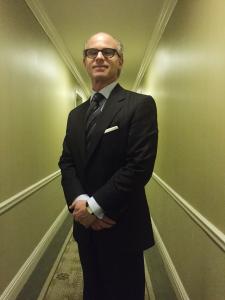 NEW YORK, NY, UNITED STATES OF AMERICA, June 2, 2021 /EINPresswire.com/ — New York’s criminal defense attorney Randy Zelin has been a leading legal expert in his field. In the year 2020, his highly sought-after practice became a top leading source for guidance and proper courtroom appearances despite the setbacks of the pandemic.

Head of Wilk Auslander’s Criminal Law Practice, Randy Zelin is a noted trial attorney with a concentration in white collar criminal defense as well as complex civil litigation matters, Randy Zelin took on the challenges of the unprecedented year and helped navigate his clients through some of the roughest moments.

“The practice of law has changed drastically,” says Zelin. “With the courts having been closed it completely changed the expectations of clients. If you were a plaintiff in a case, and you wanted things to move, you’re completely stuck in the mud. If you’re a defendant in a criminal or a civil case, time on the one hand becomes an ally because the plaintiff or the government might be more interested in resolving the case rather than waiting for the Courts to reopen and unclog. On the other hand, time can be an enemy because as time goes by and nothing is happening, as a defendant you start to get this false sense of security that no news is good news and that this all just might “go away.” Then, all of a sudden, the email comes from your lawyer letting you know that things are opening up again and reality smacks you in the face – “this is not going away.”

Zelin’s savvy recognition of the shifting courtroom setting has led to him being on the forefront of understanding his clients’ needs. An in-depth perception and embracing of changing times is what has made him in demand.

“The courts going virtual creates new and great opportunities for clients. Say you are a client in a criminal case. You are expected to make every court appearance. That means time away from work. That means arranging for day care if you don’t have children in school. With a virtual appearance, you don’t have to physically go to court and you may not even be needed to appear virtually simply for a conference. And whether you are a criminal or a civil party, virtual appearances by counsel means no travel time and no waiting in Court – meaning less expensive bills to a client. As lawyers get more comfortable dealing in a virtual world, going virtual becomes a real time-saver.”

And in this new world, it is more important than ever to have a strong lawyer like Zelin on your side. He has been named a New York Super Lawyer in consecutive years from 2011 through 2021; and has over 30 years of experience defending individual and corporate clients in both State and Federal Courts across the United States.

Zelin, who started his career as a prosecutor, has represented many types of business organizations, boards of directors, special committees, professionals, and individuals in all aspects of criminal, regulatory, self-regulatory and civil matters, including frauds related to securities, banking, tax, customs, bankruptcy, and insurance to name a few. In other words, Zelin is a true trial lawyer, having built his career trying complex fraud and business crime cases.

He hasn’t been named a Super Lawyer for nothing; Zelin has successfully defended many high-profile cases. He received world-wide acclaim for his representation of the high-profile scion of an industrial dynasty, as he negotiated and obtained a dismissal of all criminal charges against his client before charges were ever filed in court. In another case, Zelin successfully defended a federal insider trading case where the government dismissed the case after the jury could not reach a verdict and a mistrial was declared. And most recently, Zelin negotiated the dismissal of criminal charges against Akbar Rogers, who was beaten, tased and suffocated by Freeport Village police officers (Including the Mayor’s son) and then charged criminally as part of the cover-up of the officers’ wrongdoing.

A highly sought-after legal commentator for the media, Zelin regularly appears on Fox News, Fox Business Channel, CNN, CBSN, CNN Headline News, Bloomberg i24 News, Newsmax, AP News, Law and Crime, Yahoo Finance and local network television. Zelin has also been featured in the New York Law Journal, the New York Times and in the Business Insider, where he offers his expertise on a wide range of legal issues and cases, such as “Takeaways from Michael Cohen’s Testimony” for Associated Press and “The Precarious Role of Defense Lawyers in White-Collar Crime” for the New York Law Journal.

When he is not in court or appearing in the media, Zelin is an adjunct professor of criminal law as Cornell University’s Law School where he teaches “what really goes on in a federal criminal case.”

While Zelin is known throughout the United States as having successfully gotten a 345-month downward variance for a celebrity client in a federal securities fraud case, his greatest achievements, however, are those that never come to light – where the problem is solved before there even is a problem, where the high-profile client’s problems get no publicity, and where the client never sees the inside of a courtroom.

Could floating solar panels save the west from the draught?

THE BEACH BUM with MATTHEW McCONAUGHEY gets FRANCE distributor