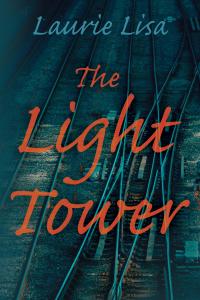 The Light Tower, a novel by Laurie Lisa releases March 9 on Amazon 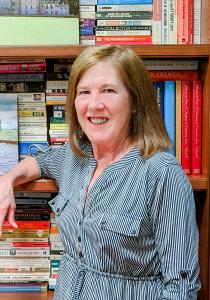 Laurie Lisa, Author of The Light Tower, Across the Street, and The Wine Club

After successful 2020 launches for Laurie Lisa’s first two novels, “The Wine Club” and “Across the Street,” previews of “The Light Tower” are glowing.

A truly powerful, emotionally-driven narrative. Author Laurie Lisa once again shines through with this tragic yet real and loving story of a mother and her daughter, whose lives were torn apart.”
— Anthony Avina, Book Blogger

PARADISE VALLEY, ARIZONA, USA, February 22, 2021 /EINPresswire.com/ — Laurie Lisa’s third novel, “The Light Tower,” will officially release on March 9, 2021, on Amazon, published by Homeless Media. “The Light Tower” is a dramatic, page-turning mystery about a daughter’s search for the truth behind her mother’s suicide and her own traumatic birth: two events that happen simultaneously.

Laurie Lisa explains that “‘The Light Tower’ had its genesis in a real-life tragedy that happened years ago when we lived in Chicago. A local news article reported about a troubled, full-term pregnant nurse that ran from a maternity ward, climbed to the top of a 100-foot light tower in an abandoned Chicago railway yard, and then jumped. The woman died, but miraculously, the baby survived.” Laurie continues, “I often wondered what would cause a pregnant nurse to do such a thing, and what happened to the baby that survived. Years later, I decided to write the fictional answers to my questions, and ‘The Light Tower’ is the result.”

Laurie’s first two novels to publish, “The Wine Club” and “Across the Street,” are regular members of Amazon’s Top Seller lists in their respective categories. Early reviewers also praise “The Light Tower.” Well-known author/book blogger Anthony Avina states, “Author Laurie Lisa once again shines through with this incredibly tragic yet real and loving story of a mother and her daughter, whose lives were tragically torn apart one fateful day.” Avina continues, “‘The Light Tower’ is a truly powerful, emotionally-driven narrative.”

ABOUT LAURIE: Laurie O’Dell was born and raised in Southern Illinois, met her husband Steve Lisa at the University of Illinois, Champaign, and their three children were born in Chicago. While her connections to Illinois are deep, so, too, are her Arizona loyalties. Laurie obtained her M.A. and Ph.D. in 20th-Century American Literature from Arizona State University, where she also taught. In addition to her eight completed novels, Laurie has published two academic books, several short stories, and edited other’s works. In 1990, Laurie and Steve moved their family from Chicago to Arizona. Though they maintained a Chicago Loop home until 2017, they now reside in Paradise Valley and Flagstaff.

You can read more about Laurie and connect with her on her website www.LaurieLisa.com. You can direct questions or book club requests to her directly at Laurie@LaurieLisa.com. All of her novels, including The Light Tower, are available at her Author Page on Amazon.

The positive impact COVID19 has had on Phuket’s environment