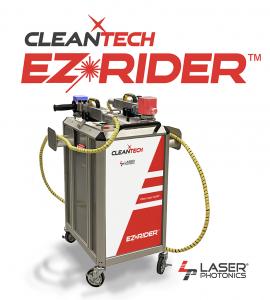 Laser Photonics Corporation’s CleanTech™ EZ-Rider Handheld is capable of removing rust, paint or other contaminants from large areas (up to 144 cubic feet) at a lower operating cost than any alternative. 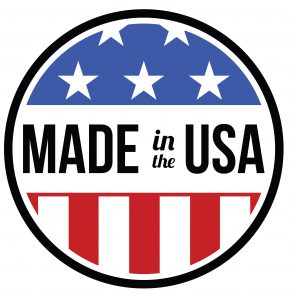 ORLANDO, FL, UNITE STATES, December 15, 2020 /EINPresswire.com/ — Laser Photonics Corporation, a disruptive technology developer that designs bespoke laser solutions for defense contractors and industrial manufacturers, today unveils the next generation of its CleanTech™ family of products: the Class IV CleanTech™ EZ-Rider Handheld. This new product poises Laser Photonics to deliver the US Navy from their unending conflict with corrosion: a war of attrition costing them over $3 billion each year. The CleanTech™ brand has celebrated widespread deployment in production and maintenance facilities across the defense industrial base. Its laser cleaning systems reduce operating costs and increase revenue, once deployed, by eliminating many of the constraints seen in traditional surface preparation methods like sandblasting.

On ship and shore, rust affects both maritime and aviation assets. Rust is an enemy whose advances are incessant. Corrosion mounts its counterassault days, if not hours after being culled from naval hulls. Neutralizing the threat is slow, dangerous, and costly. The CleanTech™ EZ-Rider Handheld enables the US Navy to turn the tides of its battle with rust from the home front: their shipyards. The Department of Defense (DoD)’s commitment to growing the naval fleet to 355 ships necessitates upgrading its service yards’ capabilities in order to accommodate this expansion.

The modern US Navy constantly develops, tests, and deploys new technology to combat all manners of threats to national security. Accordingly, the Navy deserves modern tools to keep the elements at bay from its expanding fleet. Because Laser Photonics’ scientists research, develop, build, test, and certify all their systems to specification in the USA at their R&D and Production Facilities in Central Florida, they are perfectly positioned to support the DoD in their efforts to maintain their existing equipment as they prepare for this expansion.

After the Government Accountability Office audited the DoD’s backlog of ship repair orders this fall, they reported that 75% of the Navy’s carrier and submarine fleets are not repaired on time. This equates to a loss of 15 ships each year due to maintenance delays. There is uncertainty regarding next year’s defense budget, however, many agree that increased maintenance allocations are unlikely. After all, the DoD spends over $20 Billion per year on corrosion control across all its branches.

The time has come to fix this disparity in turnaround times. Solutions that improve the capabilities of existing personnel are more feasible, long-term solutions than a hiring surge. Implemented at scale, CleanTech™ EZ-Rider Handheld systems quickly pay for themselves via cost reduction and throughput gains. Incorporating them into standard maintenance protocols lends the DoD an opportunity to take their war on rust from damage control towards an endgame solution. Corrosion maintenance does not need to be a Sisyphean task: instead of patching a leak, the DoD can now mend its budgetary backlog.

The EZ-Rider Handheld’s roughing and finishing lasers can tackle projects simultaneously or independently. But in unison, they offer manufacturing and maintenance teams unprecedented improvements to workflow and jobsite efficiency. The EZ-Rider Handheld is capable of removing rust, paint or other contaminants from large areas (up to 144 cubic feet) at a lower operating cost than any alternative. It can be coupled with industrial robots and placed inside interlocking safety work cells for full compliance with OSHA, FDA and CDRH as a Class I Laser System.

The Laser Photonics CleanTech™ EZ-Rider Handheld system is a conscientious alternative to dangerous sandblasting and wet-chemical surface treatment. It is efficient, eco-friendly, and safe. It generates clean plasma from laser optics to do all the dirty work entailed in corrosion control—without compromising the wellbeing of its operators. Unlike abrasive and chemical cleaning systems, CleanTech™ is safer to use and requires no cumbersome PPE to operate. Workers enjoy more maneuverability around the jobsite, and rust removal tasks are completed more efficiently. Additionally, industrial laser systems from Laser Photonics are proven to operate virtually maintenance-free for decades. These features, collectively, earned the CleanTech™ brand its reputation as an efficient, OSHA compliant, eco-friendly alternative to sandblasting and wet chemical treatments.

Deployed in sufficient numbers, CleanTech™ EZ-Rider Handheld systems would not just safeguard the health of workers and the environment we all call home. They would eliminate ongoing consumables costs of legacy systems: including their transportation, storage, and disposal. Accordingly, laser cleaning generates negligible waste by comparison. Expensive abrasive media produces excessive waste that requires proper disposal; particularly when servicing the Navy’s growing nuclear fleet. Facilities that integrate CleanTech™ laser systems typically see ROI within a year of integration by eliminating the recurring costs accrued by their alternative solutions.

Laser Photonics Corporation, is the leading industrial company in high-tech laser systems for laser cleaning, laser marking, laser cutting, laser engraving, 3D printing, and other materials processing applications. Our systems are—currently and historically—used by manufacturers in the aerospace, automotive, defense, energy, industrial, maritime, and medical industries around the world. The Laser Photonics brand is associated with a number of worldwide licenses and patents for innovative and ‘unique-to-industry’ laser products and technologies.