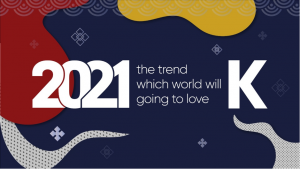 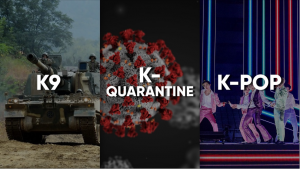 Korea is a small peninsula country located at the end of the eastern Asia continent. It isn’t long before this small country began to be known to the world. However, Korea is rapidly becoming recognized by people around the world. Among the reasons, there is the power of culture that the world is enthusiastic about, starting with K-pop such as Psy, who ranked first on the Billboard chart and BTS, around Asia, America, and Europe. In addition, Korea implemented fast and effective quarantine policies in situations while the world was panicked by the pandemic from COVID-19, and through this Korea is re-knowned as K-Qurantine while managing and preventing infected people.

In 1950, after the Korean War, as the world’s poorest country Korea received aids from other countries but less than a century later, it has become world’s 10th competitive country in the global economic rankings and 6th in national defense power. Nowadays, Korea became a country that is drawing attentions with the new noun K-POP, K-Quarantine, and is preparing to create another world guide.

Currently, the attention of the global financial market is focused on the digitalization of money. After the CBDC has issued, many countries and financial institutions are responding quickly in accordance with laws and regulations. In addition, interests in blockchain and DeFi is naturally increasing due to the trends of the digitalization era of currency. However, how people think about blockchain is connected with the negative image of virtual currency speculation. But this is a false projection for the value of the blockchain. Because of the cryptocurrency which is one of the underlying technologies from blockchain, false recognition towards the caused deterioration of the blockchain network’s value. By the way, blockchain network has value as data based on data immutability and transparency.

Countries and financial institutions that are aware of these are continuing research to solve the problem. In the case of Korea as well, through the reports like the Bank of Korea’s “ Legal Issues and Directions for Enactment and Amendment related to Central Bank Digital Currency (CBDC)”, ministry of Science Technology Information, Ministry of Korea Internet’s “Blockchain-based Innovation Financial Ecosystem Research Report”, kept researching on the value of the blockchain network and DeFi industry.

As in the past, Korea has created global trends by responding quickly and effectively on changes. As such, Korea began to take steps again to create the world’s standard, K-DeFi. Representatively, professors of fintech and blockchain academia, Bae Woon-cheol and Yoon Seok-bin understood the value of the blockchain network and suggested the ‘Oracle Perceptron’, a new standard for the digitalization of currency and the DeFi industry.

They said “Oracle Perceptron Protocol is a platform that combines traditional finance fintech and DeFi. It is a blockchain fintech platform that cross-chains various networks such as Ethereum, Binance Smart Chain, and Polka Dot, and connects traditional finance and DeFi by blockchainizing open banking APIs. Through cross-chainified fintech chain networks, various assets can be used in the real economy by linking real economic services such as credits, loans, investments, payments, and remittances. Also, the UX/UI which are barriers to industrial growth have been revised, more focused on users. Through this, the DeFi industry will face a new era called as “Oracle DeFi””. The theories and standards of the Oracle Perceptron Protocol announced by the two professors can be found on the CenterPrime website (CenterPrime.technology).