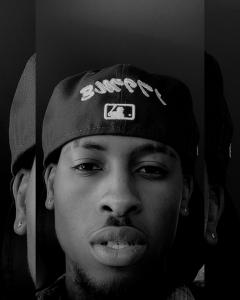 Fired with catchy tunes and rich and immersive Hip Hop and R&B musical compositions, Juhani1x produces music that is set to take him togreat heights

DALLAS, TEXAS, UNITED STATES, December 29, 2020 /EINPresswire.com/ — Juhani1x is a 22 year old maestro who is driven by the strong musical influences in his life by his artist parents and the immense inspiration he has taken from big industry names such as: James Brown, Kevin Gates, Andre 3000, Paul Wall, Charlie Wilson, Lil Wayne, NBA Young Boy, & Al Green.

Influenced and driven by the showmanship of Chris Brown, realness of Kevin Gates, and the fashion savviness of Young Thug, this budding musician brings R&B a much-awaited freshness, good energy and excitement while delivering strong and insightful messages. Juhani 1x has seen a life of struggle; bullied, criticized, never understood or accepted. However, striving and moving through life’s challenges with conviction and strength, he has reached great heights.

His drive is beyond reproach, as he continues to remain inspired and move forward with faithg and support from family and loved ones. Juhan1x is set to breakthrough musical boundaries as he has just finished shooting the visual for the single “Change the World”, with the visual set to release on New Year’s. Met with nothing but widespread acclaim and positive feedback from almost every age group and demographic background, his song brings old-school crooning and new-school Hip Hop together in a perfected blend. The production is fresh and trendy and the content is true to heart. Listeners of Juhani1x’s music are brought into a true life experience told by the struggles of a black father and son in the fast-paced divisions of American society. His inspiring journey in life is set to motivate all others who face similar challenges within society. Juhani1x is all set to be a new age phenomenon and a growing sensation in the R&B world.

Juhani1x is a 22 year old genius. Also known as the Young Lavish Savage (the Brand) was born in Dallas Texas, raised in California and currently plays drums, keys and guitar, and all with no formal training. This writer, producer, singer, rapper and arranger has opened for Lil Boosie, performed at the 2017 Dub Show and the iconic 2018 off-stage SXSW event in Austin Tx.

In 2019 he was also featured on Fox 26 KRIV Houston and has also opened up for Jacquees. Juhani 1x is set to use music as a driving force for inspiring individuals around him and instill much-needed change within the world of R&B by use of his masterful artistic sense and impactful storytelling- bound to send ripples through the musical industry. A growing name in the industry, Juhani1x is the newcomer that will have to be watched as he brings with him important stories about struggle, compassion and hardships faced as a Black man in modern society. Set to become a decisive track, his new single will be a source of both motivation and learning for fans of Rap, Hip Hop and R&B genres.