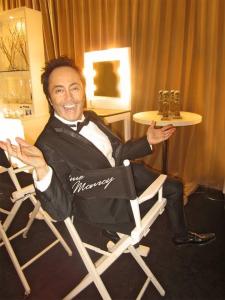 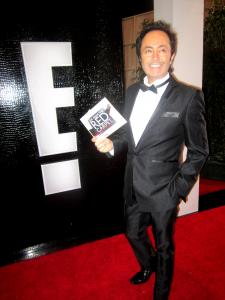 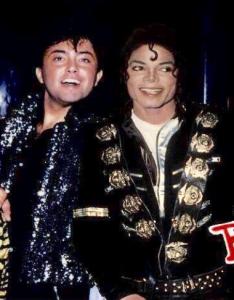 The veteran Hollywood red carpet host Jaime Monroy has been chatting it up with a wide range of celebrities in this new era of reality stars, social media sensations, today’s TV stars to icons Barbara Eden, MTV Movie Awards, The Golden Globes, The Emmy’s, musical artists on the rise to Grammy music legends Smokey Robinson, to Academy Award winners past and present, soap opera queen Susan Lucci, reality stars, rock stars, sports stars Terrell Owens, to NFL legend Rosey Grier, fashionistas, designer icons Donna Karan and even ABC’s bachelorettes with or without a rose, they’ve all been face to face with a legendary host and comedian in the Hollywood community, Jaime Monroy!

Monroy states, “I’m excited to be hosting the awards ceremonies as it acknowledges all the hard work that goes into making films and inspires other filmmakers. I’m also very happy to be hosting the red carpet for the film premiere of Sarogeto, one of the most captivating films I have seen in recent years. The first-time filmmaker Nico Santucci is a true artist who demonstrates a profound depth in his work.”

Monroy adds “I’m thrilled to be returning to the entertainment capital of the world, Las Vegas where I’ve worked for many of my early years!” Jaime Monroy has come a long since he first performed in Las Vegas when he was an aspiring 20-year-old young stand-up comedian, brought into emcee “Legends in Concert” at the Imperial Palace in the early 1980s to his surprise as, Donny Osmond! Since that first Vegas break in the 80s, he has worked with many Vegas comedy legends, including Redd Foxx, Charlie Callas, and Phyliss Diller.

EVENT INFO:
The AOF MEGAFEST XVII awards ceremony will be held on July 30 – 31at at the GALAXY THEATERS BOULEVARD MALL · 3680 S. Maryland Pkwy in Las Vegas.

“Sarogeto” will headline the #Megafest2021 at 9:30 p.m. PST in the Galaxy Sony HD Digital Cinema Theater in Las Vegas on July 28, 2021. Red carpet to begin at 8:45 p.m.. Many VIPs and celebrities have confirmed for the Red Carpet. https://patch.com/nevada/lasvegas/calendar/event/20210728/1097438/director-nicosantuccis-award-winning-film-sarogeto-headlines-megafest2021-in-las-vegas

Jaime has come a long way since that first Vegas break back in the 1980’s. Born in Lincoln Heights, East Los Angeles, Jaime’s four decade career includes many Las Vegas gigs, warming up audiences with his hilarious comedy from Casino lounges to musical comedy review shows along the LV strip from Aladdin’s Bagdad theatre, Caesars Palace, Desert Inn, The Riviera Hotel, The Sands Hotel, The Tropicana, to DTLV’s The Golden Nugget and beyond.

Celebrating 43 years in show biz Jaime Monroy is one of America’s established comedians with over 5,000 appearances to his credit in comedy clubs, colleges, Las Vegas casinos, Atlantic City showrooms and concerts across the United States. Jaime Monroy’s star quality, charismatic presence, outrageous sense of humor & quick ad-libs has audiences laughing & always wanting more! Jaime’s spontaneous style weaves together stories, hilarious interaction with the audience and observations of American life for big laughs, making him a favorite opening act to the stars all audiences!

Comedian, TV Host, and Producer Jaime Monroy has been seen on E! Entertainment, a featured guest on The 80’s Golden Age of Comedy and leads a fascinating life. He is described by audiences and his fellow comedians as a rock star comic, like a bolt of energy and rocks audiences into laughter that comedians rarely bring to the stage every night! Jaime’s television career began on a top 40 music TV show, “Solid Gold”, becoming the youngest TV warm up comedian in television history! “The Warm Up Kid” revved up thousands of studio audience tapings for more than 25 of America’s favorite television shows, talk shows, sitcoms from “Solid Gold to Golden Girls, Cheers”, including Lucille Ball’s last TV show, “Life with Lucy”.

Monroy is the only comedian to ever open for the King of Pop, Michael Jackson! Jaime will be launching his own podcast bringing his Hollywood experiences, all American style& Latin charm to to host his streaming podcast show, “You’re on Next with Jaime Monroy”.