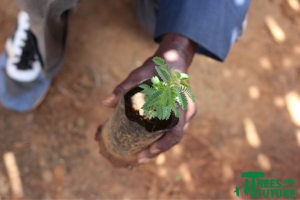 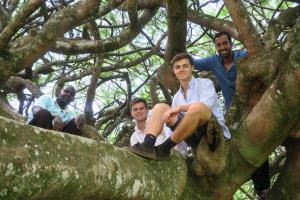 Jacked Foods and tree planting initiative, Trees For The Future, combine to fight deforestation in East Africa. They have planted over 10,000 trees together.

LONDON, GREATER LONDON, UNITED KINGDOM, January 11, 2021 /EINPresswire.com/ — Two companies continue to combine, playing their part in combating the devastating effects of deforestation. Dried fruit providers Jacked Foods and tree planting initiative Trees For The Future have developed a partnership that is having an environmental impact, with the objective being to reverse deforestation.

Since its inception in 2018, Jacked Foods has made taking care of the environment a major goal, alongside their other main purpose of bringing unique dried fruit snacks to market. Their eco-friendly drive has seen them partner with an initiative that has been going for over 30 years, Trees For The Future. It is an initiative that has had a distinct impact in areas that have been affected by deforestation.

For every pouch of dried or dehydrated fruit that Jacked Foods sells – whether it is their dried jackfruit, dried jackfruit with ginger & lemon, dried banana, or dried banana chips with cocoa – the company funds the planting of a tree in the East Africa region. Whilst Jacked Foods funds the planting of the tree, the Trees For The Future initiative sees that the tree is planted.

To date, the partnership between Jacked Foods and Trees For The Future has yielded the planting of more than 10,000 trees in the region of Eastern Africa. The number of trees that Jacked Foods fund the planting of is set to grow each month, especially after the announcement of their all new product range – including dried mango and dried pineapple products – soon to be available on shelves and online.

Jacked Foods focus their efforts on East Africa after its owners witnessed first hand the devastating effects of deforestation throughout a volunteering trip in 2018. Incidentally, it was during this trip that the owners first tried jackfruit and saw the opportunity to share dried jackfruit snacks with those back home in the UK.

Recalling the moment he came across the issue of deforestation, Jacked Foods co-founder, Josh Clarke, stated: “In rural areas outside of Jinja and Kampala, we witnessed first-hand whole forests that had been lost, often for fuel for cooking.”

Almost three years later, Jacked Foods is not only starting to make an impact on reversing deforestation but is becoming a recognised name in the dried fruit category. Their commitment to planting a tree every time a pouch is sold is as strong today as it was when the company was first created.

Reversing deforestation in countries such as Tanzania and Uganda will help to prevent a host of issues for indigenous people and will aid in helping to preserve the environmental and atmospheric landscape of their homeland. The planting of trees also helps to protect and bring nutrients back to the soil, thereby enabling locals to grow a range of fruit and vegetables, like the fruit found in Jacked Foods’ products.

In partnership with what3words, Jacked Foods has also recently set out to produce a completely traceable supply chain. Customers will be able to find a three-word address on the back of each pack and enter it on Jacked Foods’ website, to see exactly where the dried fruit that they’re eating was grown and the journey it has been on to reach them. There will be a page on the Jacked Foods website dedicated to displaying the supply chain journey.

This transparency in the supply chain ties in with Jacked Foods’ promise to keep planting trees in the region that they source their fruit from. The supply chain journey feature will be available to customers in early 2021, upon the release of Jacked Foods’ new product range launch.