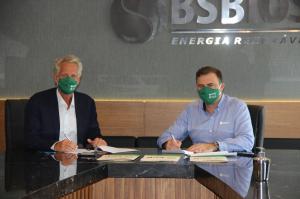 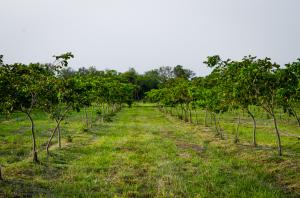 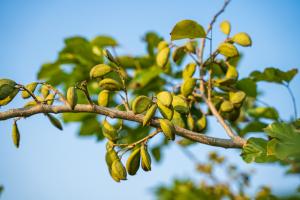 Pongamia Trees will produce 300,000 tonnes of sustainable second generation feedstock every year by 2030 in boost for global green transport initiatives.

We are extremely proud to team-up with the strategic investment of ECB to establish the first major HVO refinery in the southern hemisphere.”
— Marcel van Heesewijk, CEO & Founder of Investancia

The Investancia tree propagation and R&D centre, located near Carmelo Peralta, Alto Paraguay, is the world’s largest dedicated elite pongamia tree production site. Its current annual production capacity of 1 million trees will scale over the next 10 years to a total of 50 million trees, planted across 125,000 hectares.

A report by MEO Carbon Solutions (part of ISCC) found that pongamia oil has one of the lowest carbon intensity levels of all available feedstocks and is three times less carbon intensive than soybean oil.

“We are extremely proud to team-up with the strategic investment of ECB to establish the first major HVO refinery in the southern hemisphere.” said Marcel van Heesewijk, CEO & Founder of Investancia.

“During the last year we were able to jointly develop plans to put South America, and more specifically Paraguay on the map as the leading region for next generation green fuels using feedstock generated from our certified reforestation activities in the Paraguayan Chaco. Our combined efforts have immediate and multiple impacts on climate change”

The pongamia oil will be refined by the ECB Group at their new 800,000 MT state-of-the-art Omega Green HVO refinery, located in Villeta, Paraguay near Asuncion. The ECB Group Paraguay and Shell Trading (US) Company have signed a multi-year contract that will provide more than 500 million litres of renewable diesel and renewable jet fuel per year to Shell, one of the world’s largest energy companies. The contract is expected to run from 2024-2029, totalling 2.5 billion litres of HVO. The ECB Group also announced the execution of a contract with bp, the global integrated energy company with a broad participation across the world’s energy supply chain, to sell in excess of a billion litres of biodistillate between 2024-2029.

Investancia has import and environmental licenses with the Ministries of Agriculture and Environment, MADES and SENAVE, in Paraguay, where the trees are being planted.

“With this pongamia oil supply agreement, we seek to diversify the portfolio of raw materials for the operation of our Omega Green biorefinery with lower carbon intensity solutions between the production harvests of vegetable oil” added Erasmo Battistella, CEO of ECB Group.

“This is a concrete and innovative decision in this direction, which in the medium term can reach one third of our feedstock needs for the production at Omega Green. The decision also already has a direct positive impact on Paraguay’s economy by promoting agricultural production within a reforestation system that helps with carbon sequestration”.

The pongamia tree’s impact goes beyond producing HVO feedstock. The trees are highly sustainable and adaptive, requiring no fertiliser and are highly efficient at removing carbon. Each tree sequesters an average of 44kg CO2 annually – the highest of any oil producing crop.

The pongamia meal – which is sourced from the ‘seedcake’ leftovers after the harvesting and crushing processes to extract the oil – is also rich in protein and is currently sold as animal feed.