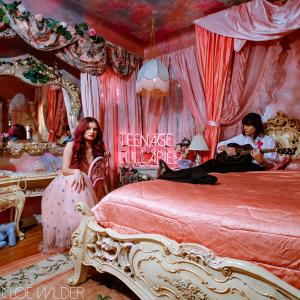 Cloe Wilder has amassed over one million streamed songs on her Spotify page and has a robust following of 39k+ monthly listeners. She’s worked with Grammy winners Rob Kinelski and John Greenham (Billie Eilish), and Eric Scullin (RZA, Mark Needham [The Killers]). 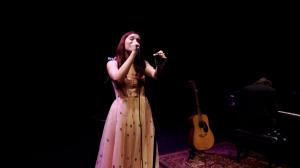 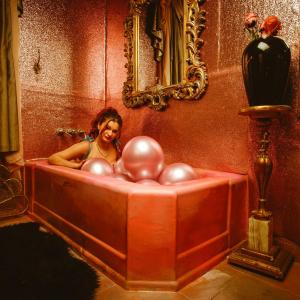 “We filmed this video in my hometown at my absolute favorite venue (the historic landmark Capitol Theater). It was where I saw some of my very first shows and where I fell in love with so many artists. It ended up being really special.”

RELEASING ONE NEW LIVE VIDEO EACH WEEK NOW THROUGH THE END OF YEAR; UPCOMING LIVE SET AT MADAME SIAM IN LOS ANGELES ON OCTOBER 12th

The video—a beautiful and ambient, romantically-lush live version of her studio offering—the first song Wilder wrote and released off her January 27, 2021 debut EP Teenage Lullabies—showcases the innately gifted 15-year-old chanteuse weaving effortlessly through the high and low notes as she sings with emotive purity, captivating her audience—and anyone who listens to her.

“We filmed this video at my absolute favorite venue. It was where I saw some of my very first shows and where I fell in love with so many artists,” says the indie-pop rising star. “There isn’t much of a music scene in Clearwater, so this was the coolest thing to me when I was a little younger. This was also the first time I got to perform my EP for anyone. Due to the pandemic, it was only a small amount of friends and family, but that ended up being really special.”

Filmed on the same day as the release of Wilder’s dark-meets-dreamy alt-pop EP (Teenage Lullabies), she says, “‘It’s True’ covers my acceptance of what classic teenage experiences I’m giving up. Singing it in this environment, in a place full of people that I’ve referenced, was a strange full-circle moment. It brought me back down for a minute. I thought, ‘These are the people that I miss.’”

Wilder will continue to release a new live video each week on her YouTube channel until the end of the year (songlist listed below).

At just 15, Wilder has a voice way beyond her years, managing to create melancholic, yet incredibly relatable songs. She’s amassed well over one million streamed songs on her Spotify page and has a robust following of 39k+ monthly listeners. She’s also worked with Grammy winners Rob Kinelski and John Greenham (Billie Eilish), and Eric Scullin (RZA, Mark Needham [The Killers])—her musical director/keyboardist/guitarist, who produced as well as co-wrote the single “Crying When I Shouldn’t” with Wilder.

“If I’ve reached at least one person, I’ve done something right,” says Wilder, who cites Lana Del Rey and Phoebe Bridgers as two of her inspirations. “One person has had their own lives and their own experiences, but your song still touched them. That’s not easy. To me, making music means everything that’s right with me. It’s my favorite thing about myself and my favorite thing to do.” Her desire to turn music into a career came after enjoying her first songwriting camp. From that moment on, she understood the road she wanted to walk.

Wilder will be performing at Madame Siam in Los Angeles, CA, as part of the Breaking Sound LA showcase on October 12th.

Today, Wilder and her manager Jazmine Valencia of JV Agency, a management and marketing agency in Beverly Hills, will be featured on Channel Sounds Presents: Soundboard [Summer School Edition]. The two will discuss the role of an artist manager and their day-to-day strategies. Soundboard (Summer School Edition) is a bi-monthly series that features real conversations between artists and their teams, offering fans and aspiring industry leaders the opportunity to understand the responsibilities of music industry professionals.

About Cloe Wilder:
From an early age, Wilder’s artistic talents started thriving as she started taking piano lessons, which consequently helped her to discover her passions for singing, surprising her family and anyone around her. In December 2018, Cloe started her YouTube channel where she began to cover songs by Halsey, Alessia Cara, Billie Eilish, Sasha Sloan, and more. She kicked off 2020 with the release of “Crying When I Shouldn’t,” co-written and produced by Eric Scullin (RZA, Mark Needham [The Killers]), and mixed and mastered by Kinelski and Greenham (three-time Grammy Award winners and Billie Eilish’s mixing/mastering team). She followed up with her next release, “You & Lonely,” co-written by her and produced by Jayme Silverstein (Alicia Keys, Miguel, Estelle). In January of 2021, she released her seven-track debut EP Teenage Lullabies, which was co-written and produced by Sam Nicolosi. The project rolled out more popular singles, including the anthemic “I Wanna Be Alone With You,” the dark and moody “Call Me If You Need Me,” and the ethereal “In The Next Life.” The EP release was followed up with a video series entitled “Backyard Sessions” that’s packed with a chock-full of stripped-down song arrangements, set against an intimate setting.

About JV Agency:
JV Agency was founded by Jazmine Valencia, who is no stranger to working with some of rock and pop music’s most recognizable artists via her company and tenure at Island Def Jam Music Group/UMG as Director of Digital Marketing. She’s handled well over 2000-plus album launches, guiding and advancing the careers of an eclectic roster of top-selling stars, including The Killers, Fall Out Boy, Avicii, Max Frost, American Authors, and Shawn Mendes. In addition, Valencia mentors the future generation of female executives in the music industry, spending resources holding seminars, networking, and volunteering with female-led groups. She is also a sought-after speaker, who has spoken at Harvard University, George Washington University, Canadian Music Week, SXSW, CMJ and more.